So I'm reading through my Jack Kirby "Silver Star" compilation, and who do I see making a guest appearance as a tripped-out drug punk but Howard Stern, famous shock jock? Here's the panel in question alongside a reference photo. 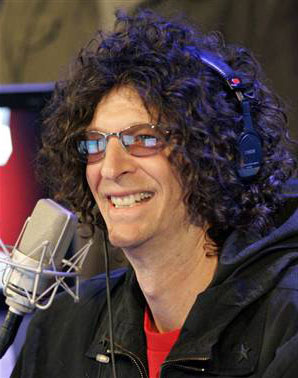 I bought a Sirius satellite radio just to hear Stern, so I'm definitely what you'd call a fan. But even I wasn't sure at first this character was based off of his appearance, until I saw him get the snot kicked out of him by the highly patriotic and upright Silver Star, which clenched it. I bet ol' Jack was trying to get in good with the Comics Code Authority and his publishers thought showing Howard getting smacked around would be the way to go.