This week's Monday Mashup (where I take one and only one panel from each of ten randomly selected comic books in an effort to make a coherent story) features gods, pollutants, girlfriends of super-heroes, and Pinky and the Brain! Sound like fun? Well don't wait, dive on in to the madness!

A massive, polluting factory hidden on the outskirts of the city during troubled times ...

The mob is led by Doctor Raas, an environmental activist bent on destroying the industrial world's ability to contaminate all the Earth with their foul effluvium. 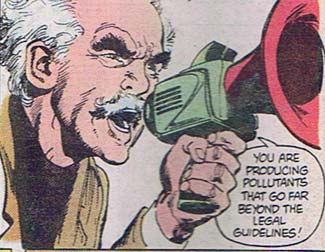 Accompanying Doctor Raas is Henri Joucot, one-time head of the police detachment guarding the factory, who has hard questions for his former colleagues.

Sensing the mood of their protectors shifting, the Overlords of the factory cry out ... 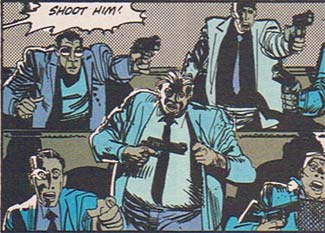 When the guns and bullets fail, the Overlords turn to mechanical laser turrets, not knowing that Raas has previously sabotaged them. 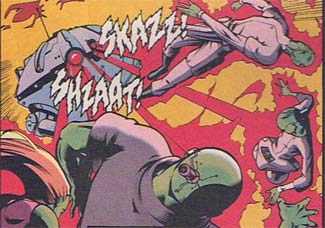 The Overlords blame not their enemies, however, but the workers themselves, casting the foremen and supervisors into a disintegration chamber! 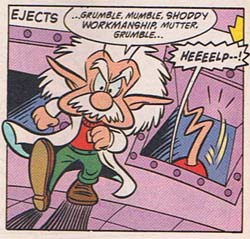 Finally galvanized into action and fed up with waiting for a rescue from a costumed adventurer, the senior surviving member of the workers leads the charge against their taskmasters. 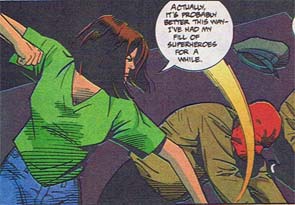 She fights her crew free, carrying with her the terrible secret of what lay beneath the concrete and metal temple to profits, but her injuries are too severe for her to survive. 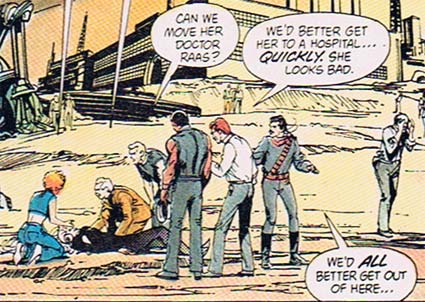 Only one other person knows what was really being guarded at that installation ... 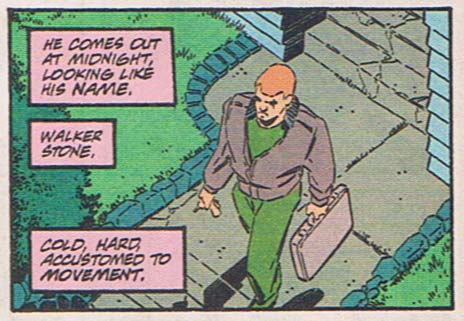 In the dead of night, the protesters and Doctor Raas all long gone, Stone meets one of the sinister Overlords back at the factory site, finally revealed as ... 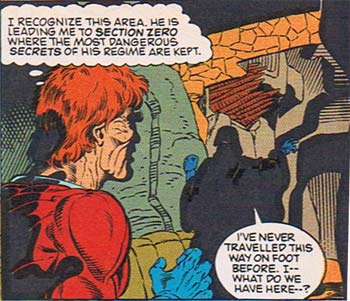 Discover what lies behind the door, what horrible weapons of death and destruction the Overlords are hiding in next week's all-new exciting installment of the Monday Random Mashup!

Images appearing above are from the following sources, in order of appearance: