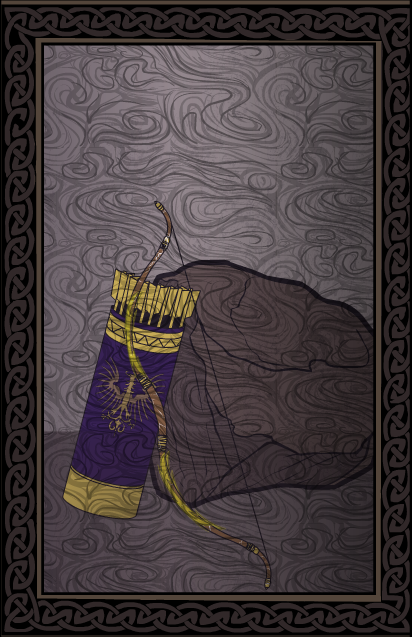 “The bow was made by Apollo. He gave it to Eurytus, who became well known as an excellent archer. He was so proud that he challenged the god himself to an archery contest. He lost, of course, but his act of hubris brought misfortune to his family.”
“But happened to the bow?”
“It has changed hands many times through the ages. All who used it became known for their skill in archery. To the humble, this was a blessing, but to the arrogant, it was their undoing.”
“But where is it now?” whined the young hero.
“Impatient child, that’s what I’m trying to find out! There,” the old woman says, gesturing to the image in her mirror. “And for being annoying, you’ll have to find it without anymore help from me.”
The youth takes one more quick glance at the mirror before the old woman chases him out of her shop. 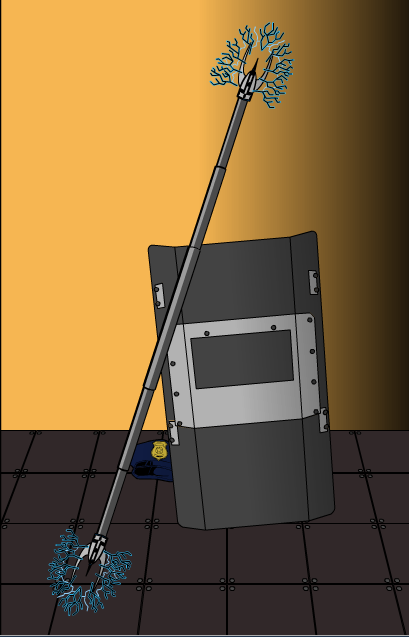 This elctro-shock staff is useful for crowd control.