QUETZAL: Not quite human Meso-american immortal, discovered in a Mayan pyramid that had been sealed for centuries. Besides the obvious razor-sharp talons and radiant wings of solid light, Quetzal enjoys agelessness and a healing factor that stitches her back together from even the most gruesome wounds. 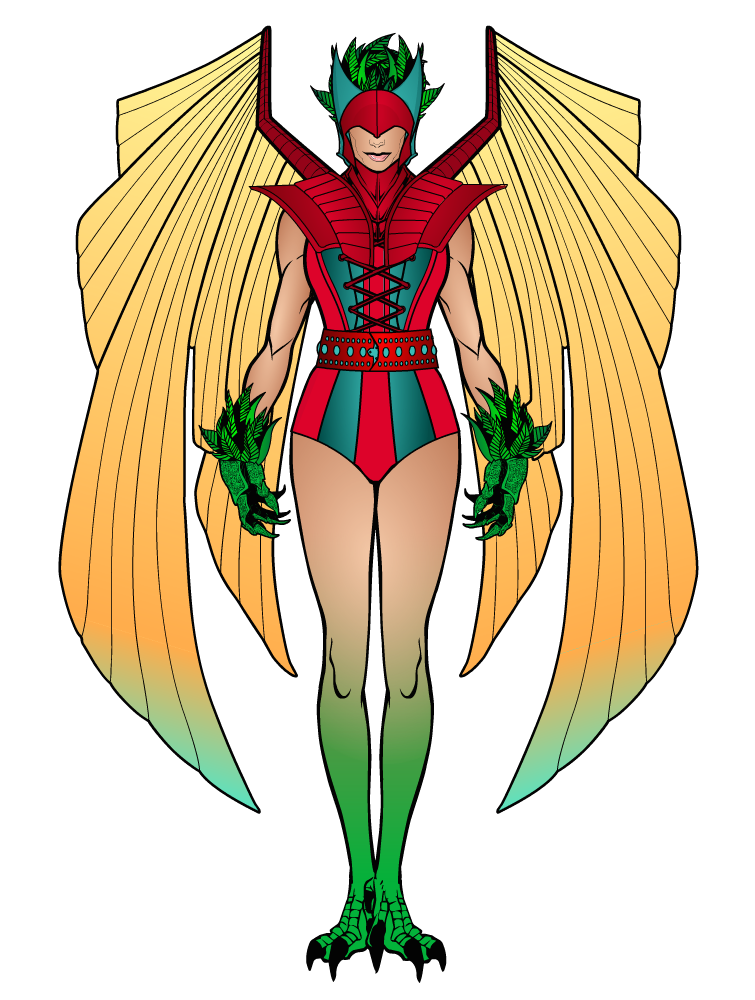 YAGUAR: Quetzal’s fiercely protective twin brother. His golden-alloy mask and clawed gauntlets are permanently fused to his body, good thing he also has the ageless immortality/healing factor thing going on, negating his need for mortal sustenance.

SABLE: A gender-fluid intersex individual from a long forgotten mystic race. Sable was cast out from their society for being exposed to a force known as the Void of All Sorrows. In the intervening ages since they have developed into a powerful sorcerer in their own right able to wield the abilities of precognition, telekinesis, and energy manipulation among others.