The Argonauts-Castor and Pollux blow me to Bermuda!

“Moreover, Aetolian Leda sent mighty Polydeuces and Castor, skilled with swift-footed horses, from Sparta. These much-beloved sons she bore in one birth in Tyndareus’ palace, and she did not oppose their pleas to go, for she had aspirations worthy of Zeus’ bed.” ~Apollonius Rhodius, Argonautica. Trans. William H. Race.
So Zeus, being the cheating bastard that he was, came to Tyndareus’ wife Leda in the form of a swan. She then laid an egg, from which hatched Castor and Polydeuces. How a supposedly mammalian woman managed to lay an egg is beyond me.
These twins were anything but identical. Castor, the son of Tyndareus, was a skilled horse trainer and Polydeuces, the son of Zeus, was a skilled boxer. Though different, the brothers were inseparable.
They served well in their time on the Argo, the highlight of which was the boxing match Polydeuces had with King Amycus, which is rendered in loving and brutal detail by Apollonius. It was a long drawn out fight, with neither combatant landing a solid blow, when, finally, Polydeuces lands a brutal blow to Amycus’ ear, breaking bone. As Amycus falls dead, his men attack Polydeuces in revenge, but the rest of the Argonauts spring to his defense. Castor splits a man’s head open with a single blow and . . . You know what, you can read it for yourself. It’s right at the beginning of Book 2.
After the journey, they get into a dispute with fellow twins, Idas and Lynceus, more on them later, over, what else; twin brides. In the ensuing fight, Castor is mortally wounded. Polydeuces, who was immortal, begs the gods to allow him to die so that he could remain with his brother. Zeus then made Polydeuces an offer. He could either go take his place on Mount Olympus alone or he could share his immortality with his brother. I think you can guess which option he chose. They are never apart, spending alternate days as gods on Mount Olympus and dead humans in Hades. 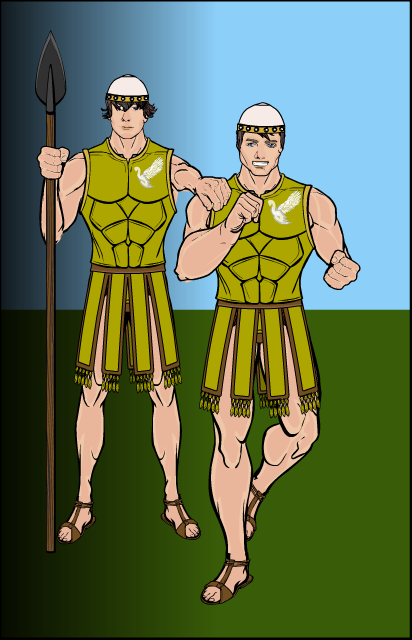 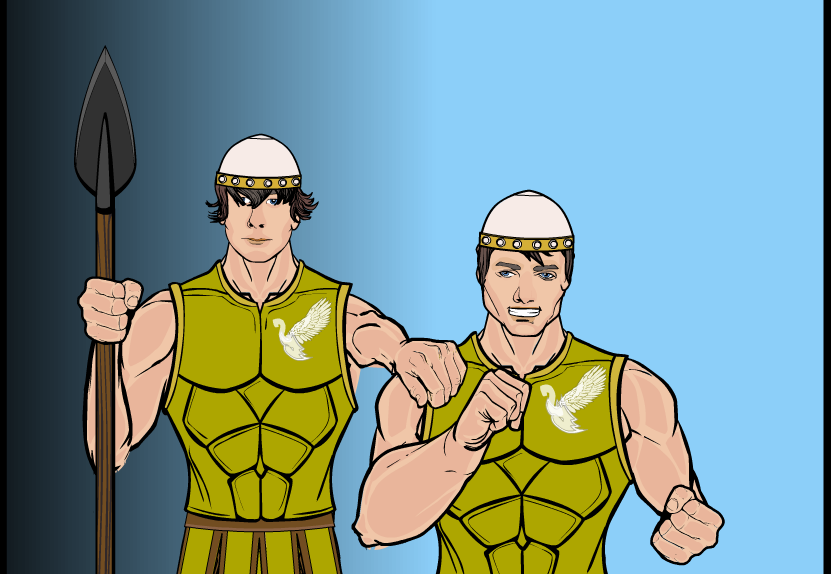