Okay so my first “new” character is actually a spinoff of my old character Redback. I originally posted Redback with his normal costume and how his costume would look if he used the male Redback spider colouration. A lot of people liked this version and it stuck with me, now I have adopted the look updated with some new bits and pieces for the new character known as Huntsman (another type of spider common here in Australia).

Inspired by the exploits of the hero Redback, Ted Blake developed a suit that allowed him to mimic most of the abilities that Redback was known to possess. Adopting the colouration of the male Redback spider and the name of another local spider he has begun to fight crime s the new hero Huntsman. 2 versions, 2nd has no webbing patter on the brown areas to further differentite the two. 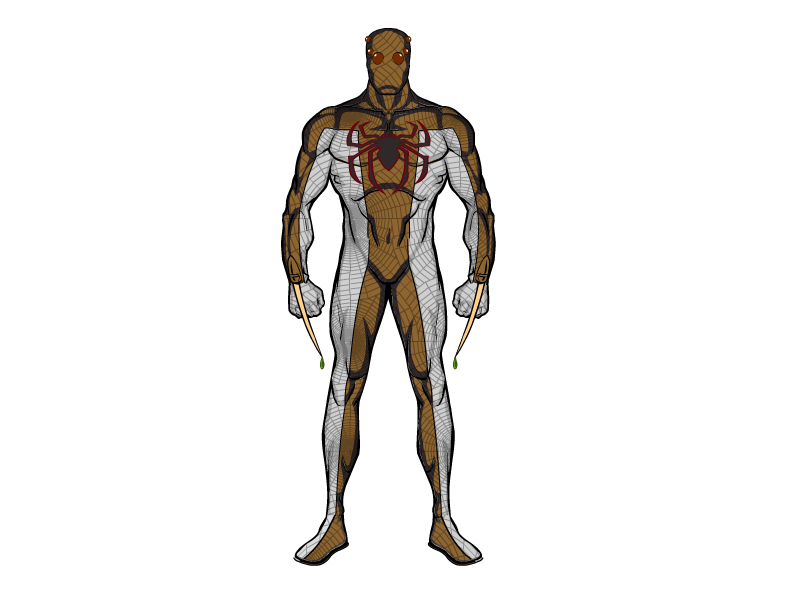 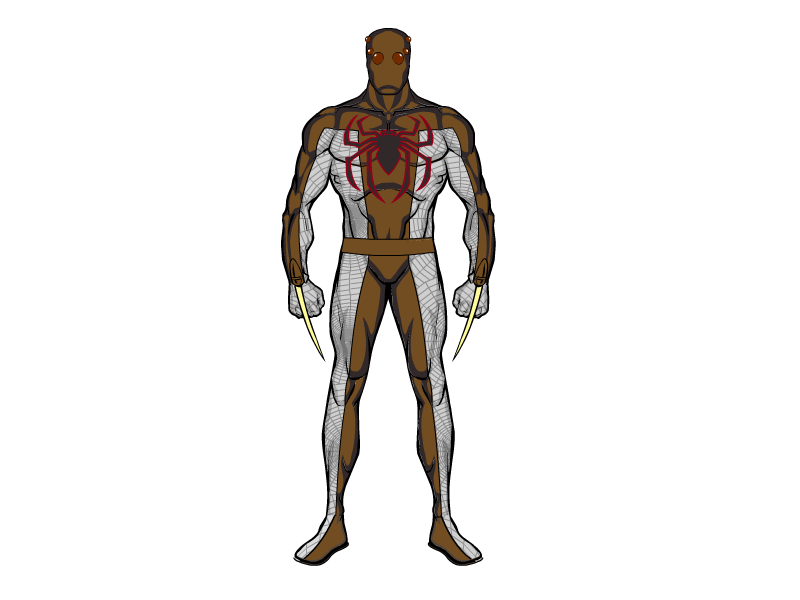