Upon further background creation, we decided he had a bad heart as a child, and his Mom went to the K’un L’un mountains in Tibet where she was from, and she took some of the molten dragon heart and cam back and injected into her son’s heart. which brought him back from the brink of death.
He got stronger and exercised and got even stronger.
His dad discovered he was gay and was at first angry then accepted him but made sure he learned self defense to take care of himself.

One day Ken was protecting a kid from a gang of bullies, which turned on Ken, he was able to fight them off with with some difficulty.

On a roof top Dare Devil had seen the last of it and could sense the kid was focusing Chi as he had only seen in one other.
Dare Devil and Iron Fist taught Ken

After many months, at the warehouse Ken trained in with his teachers Dare Devil and Iron Fist were called away to fight the Sinister Six, still in his training clothes, Ken saved a kid just as Shocker took out a building to crush Spider-Man who evaded the collapse. Ken focused all his Chi, his heart glowing, the Chi/adrenalin surge protected him as he protected the kid. Ken flung some debris at Shocker, distracting him and letting Spidey get the final blow in. Spidey thanked Ken and swing off as Ken collapsed from exhaustion, his body having pushed itself to it’s current limit.

So this is his fighting clothes he first Heroed in, going for the martial arts look . 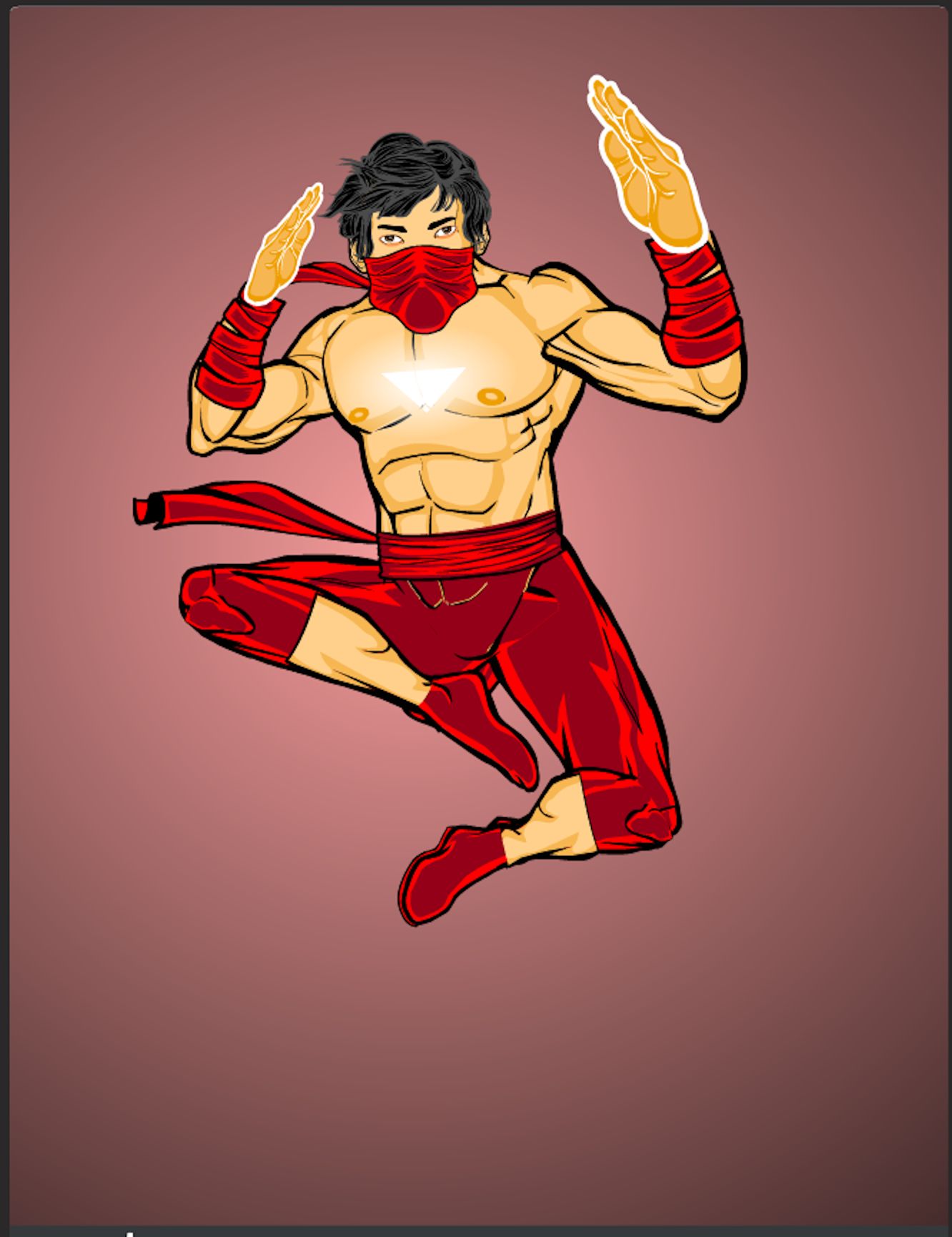