Well, didn’t think I would be finished with something else this quickly. Though, actually, the base for this has been floating around my computer for months, and only now was I able to finish it. 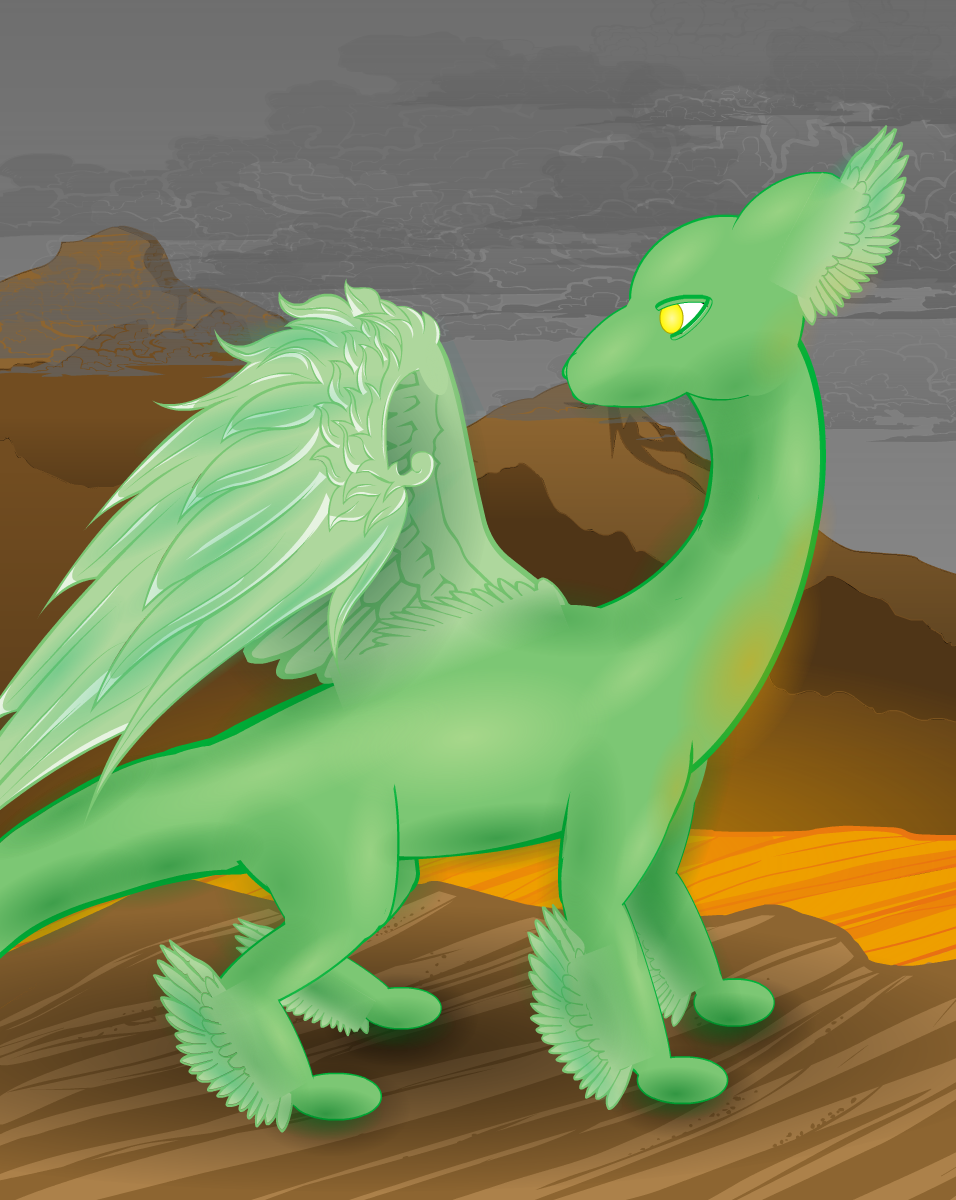 Dragons on Felinae are separated into three subspecies: Minets (smallest, most common), Dracons (second largest), and Anieas (largest, rarest). They, like the Felis and Canis, have neither a spoken nor written language. Instead, to communicate, they use telepathy to transmit images and sensations to other dragons and Feliantians. They are extremely close to the drakans, so much so that for every Dracon or, more sparingly, Aniea born, a drakan is tasked with being a Dracoguide. Dracoguides are pretty much a dragon’s connection to the Ligusitic Species (species that have both a spoken and written language).

Dracons have a similar appearance to European dragons, except for the fact that they have feathers alongside scales. They live in the same area of Tesine as the main population of drakans and Volcano Felis: the Ashdea Faetians (Faetians=mountains). The Ashdea Faetians is a range of active and dormant volcanoes. They are surrounded by a scorched barren called the Ashdea Seldare (Seldare=plains, flat land), where the city Dendeaea, near the entry point of the Riadea Layis (Riadea=river, stream) into the Faein Veri (Veri=forest), serves as a trading post and layline to the other parts of Tesine.

Dracons are the main body of the recognized dragon population. They are the ones considered to be the closest to the other Felian species, especially the drakans and Volcano Felis. They are also the most active dragons, often seen flying above the Ashdea Faetians when the weather is nice out. They will often bond with a Volcano Felis in a Felis-Warder pairing, which often leads to the unusual sight of a Felis riding a Dracon.

…Does anyone else think I use green a bit much?