Once upon a time, Anarchangel created a character known as The Emerald Emperor. The emperor was supposed to be a badass but looked like a big derp.

“This shall not stand!” said the emperor. And so he warped the mind of his feeble human creator and ordered him to create a suit of armour so the almighty Emerald Emperor could lay waste to the world and enforce his will upon those he allowed to live.

The Sovereign Nation of Khallos declares war upon this pitiful world.

OK then. That happened.

So yeah, the Emperor is supposed to be the big gun bad guy of my universe. You either get out of his way or get dead. Only the strongest of meta humans stand any chance of surviving against this guy and he gets away with all kinds of crap under diplomatic immunity. 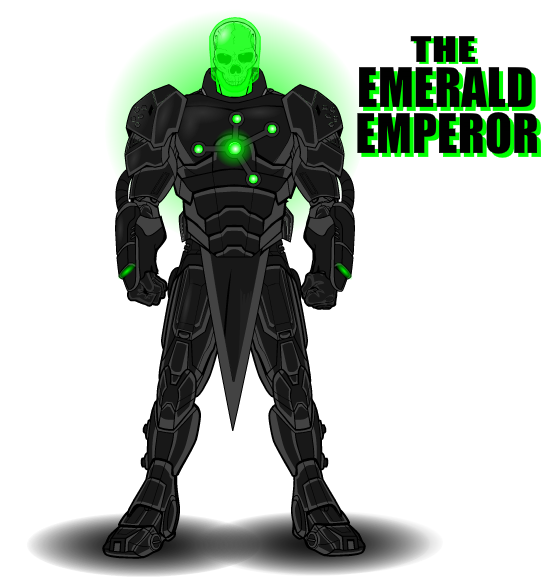