I’ve just been tinkering with a new design for Sandstorm, who was originally (for some reason) known as Sandstone. Now if you remember Sandstone, you probably also remember that his costume was awful! So I decided to start from scratch, rather than try to save the original look.

I admit to getting slightly lazy with the sand effect but I wasn’t really trying to make a great image here. Just figuring out the costume. 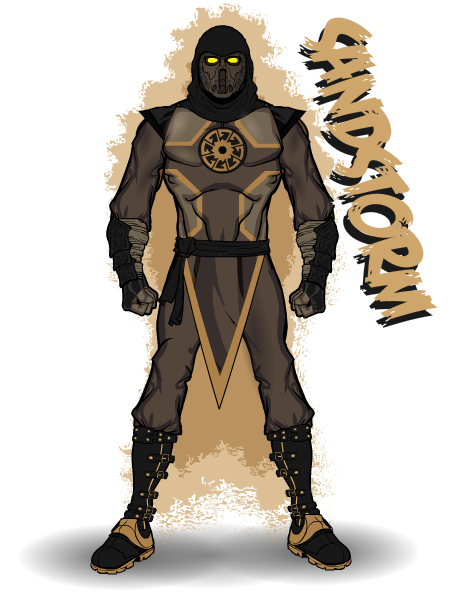