KOE: He comes from a long line of Shinto specialists, his family’s particular area of expertise being in the belief of kotodama, the power of words. He is the first of his bloodline to exhibit The Voice, the unbelievable ability to alter the nature of the world with only a spoken word. Despite possessing such raw power, Koe chooses to use it in subtle ways. His whispers and softly spoken incantations permeate the island, causing evil forces to subconsciously avoid setting foot there and promoting health and good will in its inhabitants. 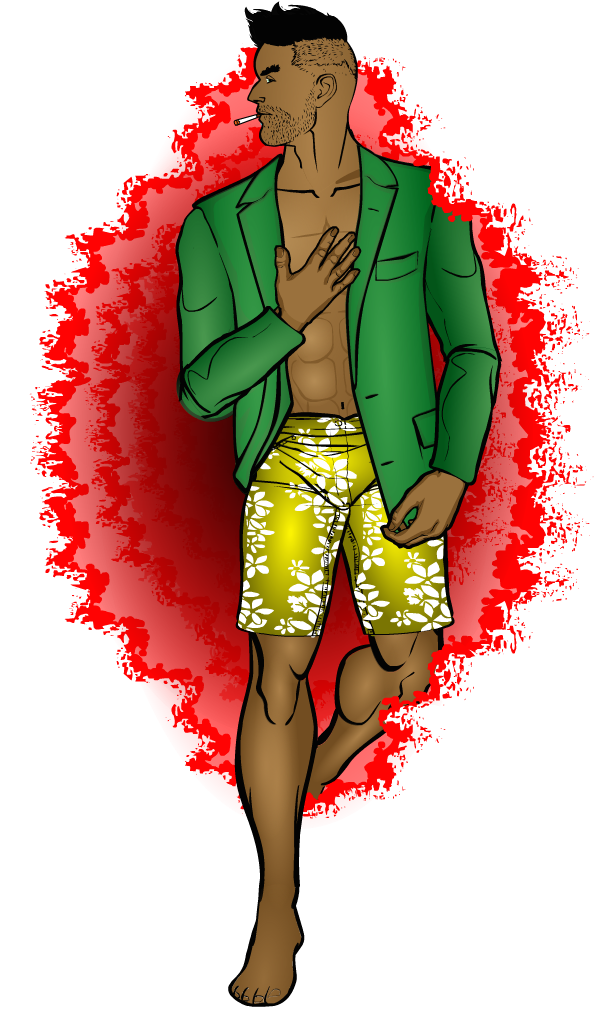 VELHO: Velho is well known in the magic scene. He’s been around a while. Nobody quite knows how long, but the rumor is that at some point he crossed paths with a wickedly powerful Amazonian shaman and was cursed for offending them. He was cursed with Perpetual Unbelonging, trapped in a dimensional state between all dimensions. He will never be able to fully inhabit one plane. He’s wandered South America ever since, wheeling and dealing with the agents of darkness to keep them from harming innocent people. His unique dimensional state not only makes him effectively immortal, but allows him to slide into the arteries of the universe, traversing dimensions and blinking in and out of space-time.

PS – Am I the only one who thinks it a tad awkward that the attachment previews before a post are always dead center right on the crotch?