And here’s the leader of Shadow Sanction, The Suit. 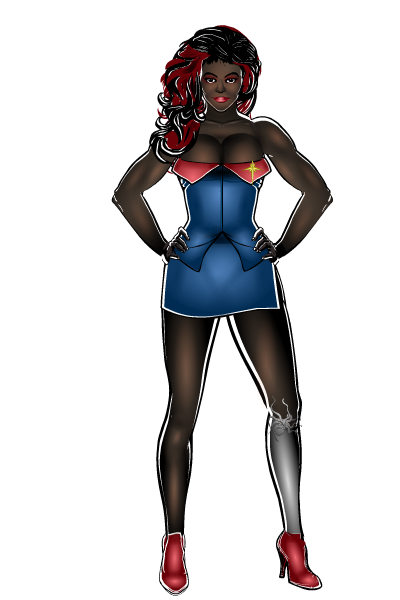 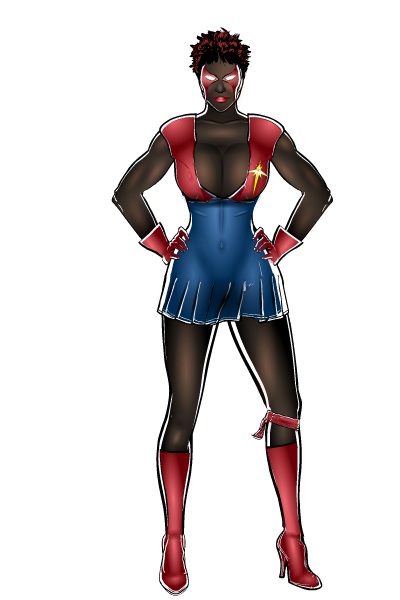 BIO:
Cassandra Walls was given a super suit by aliens and told she was part of a greater corps from across the galaxy. She was assigned to protect Earth from global and intergalactic threats. The suit provided whatever power she needed to accomplish the task from super-strength and invulnerability to flight, invisibility and super-vision.
Over time she noticed she would black out and not remember what she had done in the suit. Fortunately, the suit “woke up” her dormant, innate ability for precognition. With it she discovered the aliens true agenda. If she continued on her path, they would use her to take over the planet. Knowing that the blackouts were caused by the aliens taking control, in seconds she found the ship invisibly orbiting the planet and killed everyone on board. Painfully, she last part of a leg in the process.
With the help of Dr. Silver, she was fitted with an artificial leg. She then took over the alien ship and used it’s technology to erase her existence as a superhero with the exception of a select few. Cassandra now uses it as the Shadow Sanction’s base of operations.
What the team doesn’t know is the she brought these five extremely powerful heroes together because she has seen two possible futures for each, one dark and one light. If anyone of the go dark, it could be the end of everything. She hopes to guide them down the right path while protecting the planet at the same time.