Another member of the team, Starlight. 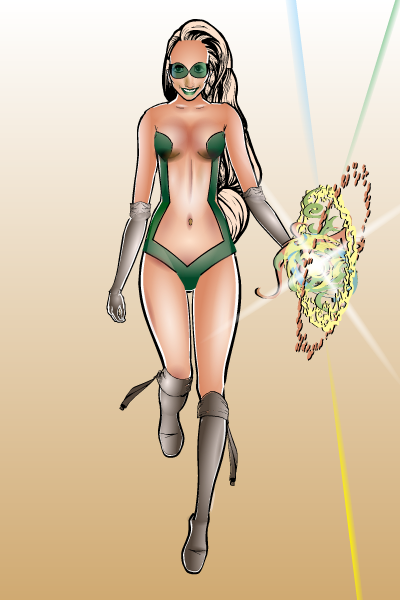 BIO:
Femora and Anna Cosmic are the children of Emperor Cosmic, ruler of the Milky Way Galaxy, which is far in the future. The Cosmic royal line only produces male heirs so they must marry women from other planets to procreate. But every thousand years a daughter is born who inherits the Cosmic Light, the most powerful force in the galaxy. What made this birth more special is that twin daughters were born, but only Anna received the power. Femora, ever the loving sister, went on to demonstrate special abilities, as well – her intelligence and athletic ability being surpassed by none. Since Anna has the Cosmic Light, she has been pampered most of her life and can be very selfish, except in the presence of her sister, Anna, whom she loves very much.

Did I mention Femora? Hmm…I think I see a redesign in the near future. Also, this completes the primary team for Shadow Sanction, except for the leader.