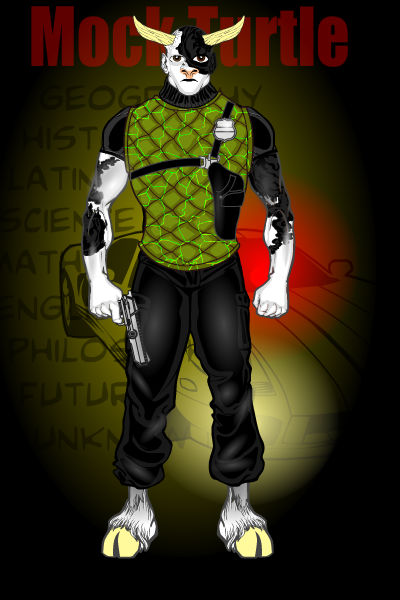 A few years ago I did a series of HM3 characters based on Lewis Carroll’s classic Alice’s Adventures in Wonderland like the Mock Turtle (pictured above).

So your challenge this week is to re-imagine one of the characters from Alice’s Adventures in Wonderland in an unexpected and unique way.

This week’s winner will receive a HM3 rendering of their winning character, designed by me.

This contest will close at 9am Eastern on Sunday, March 10h.