New Segment! The Road to Comic-Con! 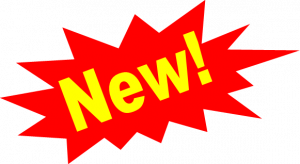 What's this, something new? I know, right?

Let's start from the top. There was an announcement not too long ago that there is going to be a new con happening in September close to us! So naturally, we got excited and me and the kids had costumes planned pretty much the next day. So I thought maybe as a neat segment we can go through the process together of getting everything ready. It'll probably be a bit irregular, as I will work on costumes when I have time and as I get the materials together but should be something fun and different. Today we're just going to do introductions to the costumes I'll be making.

We are doing a Diablo III group, as this is a game that we have all being playing quite heavily. I've been a longtime player of the series and the kids have really gotten into it with the third installment. This was actually the Elder Spawn's idea, as he came up with his costume first and it just sort of blossomed from there. So without further adieu, our choices are:

Me: Female Barbarian. I have wanted this as a character option since the first game and third time was the charm! You're damn rights I'm gonna cosplay her. Lady Barb was the first character I made when I bought the game and she's still my favorite. 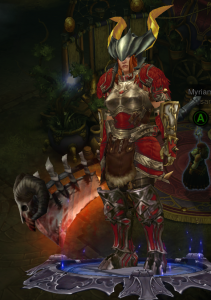 This is my actual character, not just a pic I grabbed from google

Elder Spawn: Treasure Goblin. The kids are obsessed with these little buggers! As soon as they hear them or spot them on the map everything else is on hold until they find them. 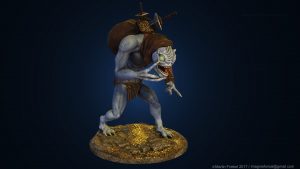 Younger Spawn: Leah. I told the small one that a comfortable costume would probably be best for her and she opted for one of her favorite NPC's. She would have had Leah as a full companion, I think, rather than an occasional one. 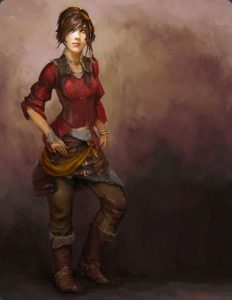 she's worn armor twice already (Stormtrooper and Wonder Woman), but this might be easier for all day

So there you have it! Look for new posts over the next few months as we start to build! I'll be sure to update our progress as often as possible as we wade through a flurry of foam, glue, paint, and (hopefully) not too much stress!

This entry was posted in Fantasy & Sci-fi and tagged 2018, cosplay, geek culture. Bookmark the permalink.

2 Responses to New Segment! The Road to Comic-Con!