What Were They Thinking?: Absolutely Nothing

So, last week here on What Were They Thinking? (the place where we look at all the stupidest, most ill-advised things in comic book history) we took a look at Marvel's 2006 Event, Civil War. We looked at it as an example of a storyline that had all the ingrediants to be a classic but was heavily let down by the execution, to such an extent that it is still considered one of Marvel's most divisive comics ever. So what do we think happened when they decided to do a sequel? 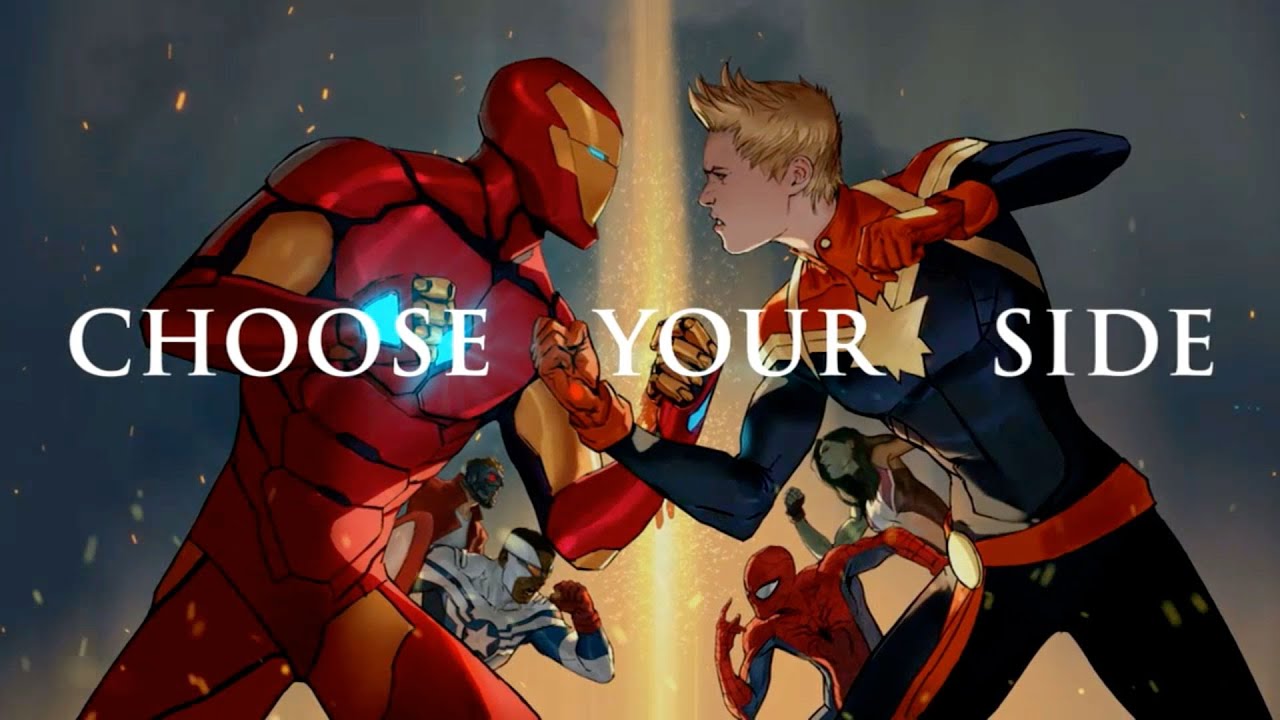 Civil War 2; another example of a sequel that nobody asked for to something people didn't really like the first time round. So, why did they do it?

Well, you see, this event started in June of 2016, which was coming off the tail end of the MCU (superior) adaptation of the original Civil War storyline. Civil War 2 was a cynical cash grab, an attempt to get people who enjoyed the film to pick up a comic series by having it have a simular title to the film. I mean, makes sense. Smacks of all of the cynisisms in the fact that they'd do an event tying into a Captain America movie and not have Captain America be the main character in the comic, but hey, Iron Man was in it and he sells to MCU fans better than anyone. And this one has Guardians of the Galaxy in it, unlike the first one.

So, appart from the cynical reasoning for doing a sequel to Civil War, what are the problems? Well, like the original Civil War, the concept is very lofty, again dealing with security vs. freedom, this time also with another theme of determinism vs. free-will, all told through a lense of personal accountability. That's all fantastic ideas to use in a superhero comic. And they had the right idea for a catalyst as well, the heroes fighting over whether or not keeping people under survailence in order to prevent crimes before they occur is ethical. With the publication coming only 3 years after the NSA leaks and that conversation being had in real life, it was a fairly pertinant subject to tackle.

But then the problems start. The idea might have been right for the catalyst, but the execution, again, completely screwed it up. Marvel decided to have both sides warring over a single human child. Well, Inhuman technically, but still, one person. Said Inhuman, called Ulysses Cain, had precognative powers and the heroes basically fight over whether or not they should use them to stop things from happening that they'd otherwise not know about before they happen. Again, great arguement, up until Iron Man kidnaps the precognative Inhuman.

But I'm getting ahead of myself. Before all the kidnap starts, Captain Marvel manages to get War Machine killed and She-Hulk put in a coma by rushing off to fight Thanos on the basis that Ulysses said he was going to invade Earth (oh yeah, of course Thanos was going to be in this, we have to hit all of the MCU points don't we). Iron Man does some kidnap and then Hawkeye shoots Bruce Banner through the head to stop Hulk killing the Avengers in the future. Cool. So, score card here, 2 dead and 1 comatose.

Then it turns out that Ulysses can't actually see the future exactly, his visions are based on probability (meaning everything that he said would happen might not happen). Battle lines are drawn at this point and Ulysses has another vision of Miles Morales kill Steve Rogers. We have Captain Marvel arrest Miles (who hadn't actually done anything wrong at this point, and hasn't actually killed Steve Rogers as of time of writing), an argument between Marvel and Iron Man breaks out over the ethics of arresting an innocent man and then Steve Rogers lets Miles go. We then have some more visions, a bit more fighting, then an Eternal shows up and takes Ulysses away. I might be leaving some stuff out at the end there, but not anything important. I lost interest by that point.

So, the major problems are; by making the catalyst a person you make the fight about them rather than the concept they might embody. That means that the stakes become very inconsequential and makes the whole conflict feel pointless and forced. The pacing of the actual story is sluggish in the middle which doesn't help much. Of course, they tried to add some weight to the events by killing people off, but when has that ever meant anything in the world of comics, they already revived Banner for a bit in Secret Empire and I'm sure War Machine isn't far behind. She-Hulk was out of her coma within weeks so... Oh and the series dropped sales like a rock after its first issue, we're talking from 382,000 sales issue #1 to 148,000 sales issue #2 (that's well over half). The series would only break the 140,000 sales mark once more and by the last issue it wasn't even breaking 110,000 sales. So much for cashing in on the film. And then you have all the tie-ins. God if you thought the original Civil War was bad, you ain't seen nothing yet. I'd be here all day listing all of the off-shoot mini-series and on-going series that tied back into this event, so I'm not going to, but there were a fair few.

So, what we have here is a cash-in that only sold well on its first issue, had a great idea in concept but was poorly executed and just killed off characters for no reason and with little consequence.

Hey, at least it set up for their next crossover...

(That was sarcasm btw, dunno if anyone noticed)