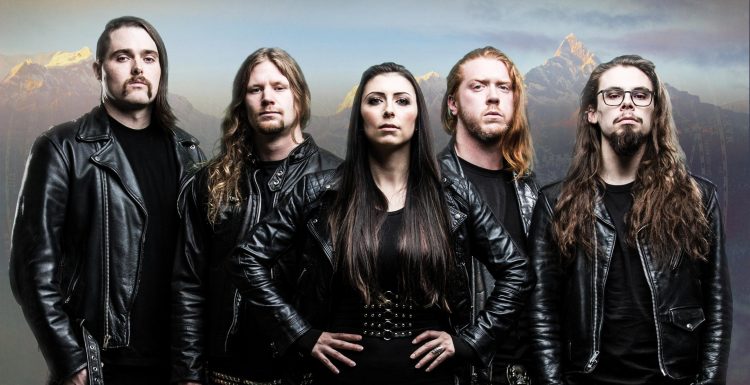 Hey everyone I’m back again with a new review. I should have written this one up already, but I wanted to listen through a few more times and really get nice and comfortable with the album and story before I put this up. But now is the time and we’re going to talk about Apex, the new album from Canadian metal act Unleash the Archers. So let’s get right down to it!

I was introduced to Unleash the Archers through, of all things, Facebook. A friend had shared the video for Tonight We Ride from their previous album and on a whim, I listened to it. Not long after I bought said album (Time Stands Still), and the rest is history, as they say. I had Apex on preorder as soon as the option was available, picking it up in a bundle pack that was not only awesome, but showed up a day early in my mailbox. 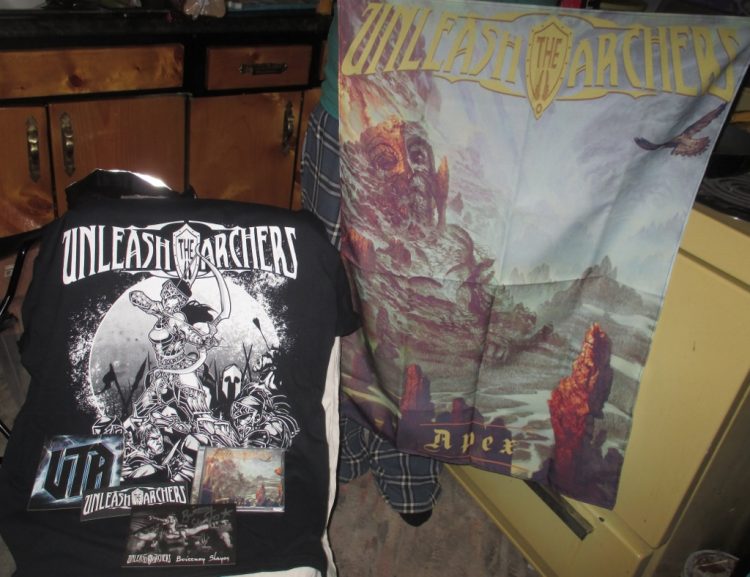 Since then we’ve had it on rotation in the car, in the house, I even have it on my phone to listen to if I have an early shift at work before the store opens. This is a concept album, with an overarching story told through each song. I’m not going to get really deep into the story itself, as I guess you could call that ‘spoilers’. If you do want a track-by-track breakdown you can watch that here, here, and here, courtesy of vocalist Brittney Slayes. I’m just going to give you my quick thoughts on each song and then quickly the album as a whole.

1-Awakening: Clocking in at just over seven minutes, the opener gives you a taste of all the goodness to come. It is our introduction to the protagonist of the story, the Immortal, and setting the stage for the rest of the album. As a song, it’s big and powerful and a great way to start off.

2-Shadow Guide: Where Awakening is a very modern-sounding metal song, this one has a very old-school feel. When discussing it, the other half and I use the term (Iron) Maiden-y a lot. That’s not just true for this song either, the whole album is this blend of modern and classic sensibilities. This is also the shortest song at just under four minutes, but not lacking anything for it.

3-The Matriarch: The introduction to the antagonist of the piece, this is the heavy metal version of a campfire story. It was one of the two songs released prior to the album coming out, and so it was nice to hear it in context in the full album. A faster song with a lot of energy.

4-Cleanse the Bloodlines: This was the first song I heard from this album, as it debuted with a video about a month before release. After watching it, it was a very long month waiting for the full thing. What can I even say about this one? It’s literally everything you want in a power metal song.

5-The Coward’s Way: We’re mid-album now, so this is probably a filler song, right? No! There is no filler here. In fact, this is when the quest really begins. It also kicks the tempo back up again.

6- False Walls: At just over eight minutes, this is a massive song in more ways than one. I get that old-school feel again really heavily; a Maiden-y, Priest-y, 80’s-metal kinda feel. It’s one of my favorites on the album.

7-Ten Thousand Against One: This is your ‘anthem’ song, and I bet it’ll be killer live. This is a headbanging, fists-in-the-air powerhouse. It’s my other favorite song.

8-Earth and Ashes: This song actually shows us a bit of a different side of the Immortal despite being a very fast-paced song with a rather somber tone. It’s starts off a little slower, but as soon as those drums kick in they don’t let up until the very end. It also features (clean!) vocals from guitarist Andrew Kingsley. Generally he and fellow guitarist Grant Truesdell do provide backing vocals, but as growls, as they do on the other songs on the album.

9-Call Me Immortal: The Immortal’s quest comes to an end and he begins the journey home. I really love the guitar solo in this one, and it’s really catchy. It’s really energetic and you can’t help but at least tap your foot to it.

10-Apex: And we end off with the title track and the Immortal’s return to his home. There is a riff is pure Maiden goodness (you’ll know it when you hear it), but the whole things is just such a powerful and uplifting finale that really just brings it all around and together again. 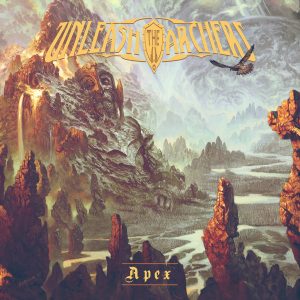 Overall? I love this album. On their last one, Time Stands Still, it sometimes seemed like the guitars especially just weren’t powerful (or maybe loud?) enough and were completely overshadowed by Brittney’s powerful voice. This time around I don’t find that at all; everyone is balanced and complements each other fantastically. It’s one of those rare albums that I prefer to listen to in order so that it lets the story play out from start to finish (the other being Iced Earth’s Framing Armageddon) rather than randomly. I highly, highly recommend it and you should definitely check it out because it’s Unleash the Archer’s best album yet and nothing I’ve said here does it justice.

Final verdict- Apex definitely lives up to its name. 10/10

This entry was posted in Movies and TV and tagged 2017, music, reviews. Bookmark the permalink.