Get Out Spoiler Free Review 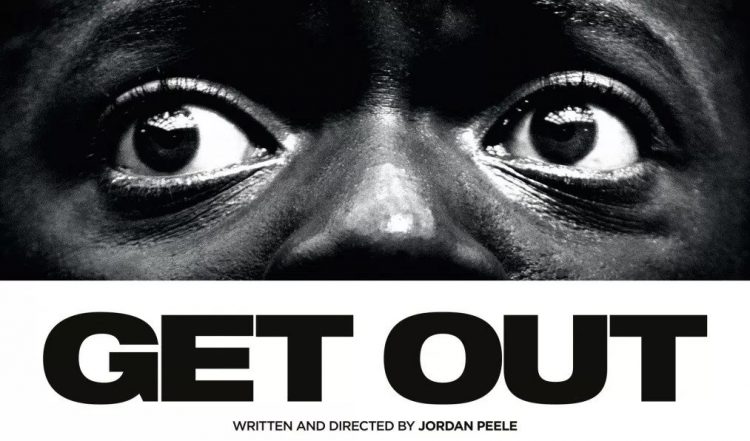 Hey everyone! I was supposed to have this review up over the weekend, but unfortunately the weekend turned out to be pretty rough (anxiety sucks). On the plus side, things have calmed down again. Anyways, we rented a movie the other day that’s gotten a lot of buzz and we wanted to see it for ourselves. That movie of course is Get Out, the directorial debut of Jordan Peele and his foray into the world of the horror film. As usual, there are no spoilers here. So, let’s get started!

I really feel like I don’t sit down and watch enough horror movies. So in that sense it was nice and refreshing to watch something different from the usual fare. But really, even with that aside, I was really impressed with Get Out. I’m not just saying that because it’s gotten such high praise from others or the fact it’s sitting at 99% on Rotten Tomatoes as I write this, either. I legitimately thought this was a fabulous film, and a great way to break out as a director. Especially in a different genre from what most people would associate you with.

The story that plays out over the course of this movie is really interesting. It balances a lot of ideas and even genres, from horror to suspense to comedy and social satire. But it balances these things really well. Too much of one or another would have made this movie either muddled or heavy handed in one direction or another but Jordan Peele has a very deft hand in keeping it all balanced. The social commentary/satire element is not as heavy handed as one would expect; it weaves through the story often in very subtle ways that is more realistic than being outrageously overt. This is also impressive given the twisting plot that turned out in a way I wasn’t quite expecting. I really like when it does that rather than having figured everything out half an hour before the characters do and you’re waiting for them to catch up. It gives you a lot to think about, but to think about after, because you’re never bored during the film itself. It keeps the pace without dragging or flying along so fast you can’t keep up. It’s in that nice sweet spot to keep you watching to see what’s going to happen next and how the characters are going to react to or solve the situation they’re in.

Of course, in order to go along with the story, you need characters. Our lead, Chris, played by Daniel Kaluuya, is fantastic. You really get in with and feel for this guy as he’s trying to figure out what is going on around him. And it’s not like the characters fall into the trap of the ‘dumb horror movie character’ trope (more on tropes later). This guy comes off as a really ordinary person than a character type. He’s going to be in the upcoming Black Panther movie, and that’s really exciting because I’d like to see more of him. Chris’ girlfriend, played by Allison Williams, is also really impressive, especially how she evolves during the course of the story. The rest of the cast is really excellent, too. I felt like in some cases the dad and the brother felt a little over-the-top, but the brother ended up going in a different direction than I first thought, so I did like that. Otherwise, that cast is really solid. 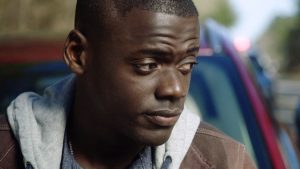 If the Dark Tower eventually does that flashback stuff from Wizard and Glass, can we get this guy as the younger Roland?

Okay, I said I was going to talk about tropes. Yes, this movie does utilize some of the tropes of the genre, but not in a bad or cheesy way. In fact, often those tropes are used in subversive ways or with a twist. There is one whole jumpscare, which is fine by me as I don’t care for them and would rather build through atmosphere and a sense of paranoia than cheap ‘boo!’ moments. You do get the sense quite early on that something just isn’t on the up-and-up with this whole scenario and it makes you uncomfortable waiting for that shoe to drop, especially when you’re not sure exactly how said shoe is going to drop.

I just want to touch on one more point, and that’s the look of the thing itself. I’m not the most well-versed in film making, but I really like the use of the camera. Jordan Peele has a great eye for framing shots and I loved his use of long takes as opposed to multitudes of cuts in one scene. That first scene alone for that is amazing. There’s also not a whole lot of big, wide shots. You mostly stay pretty close in, mainly with Chris. For a horror film, that’s great, you get that claustrophobic feeling and staying that close with the character really draws you into his journey. As a filmmaker, Jordan Peele is a name I really hope we get to hear a lot more of in the future. And judging by the reception for this movie, I think it’s a safe bet to guess that we will. This may be his first film, but I hope it’s the start of many, many more.

In conclusion, Get Out is a movie that I think really lives up to its hype. It’s a great mix of horror, humor, and satire and I definitely recommend it to anyone who hasn’t seen it yet. I myself want to revisit it just to look for things I missed the first time.