Trailers of the Week! 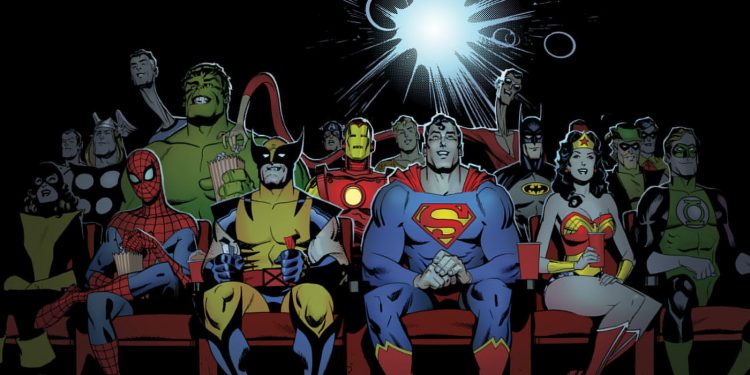 Well, we've had another week with lots to talk about. We’ve got movie trailers, gaming trailers, and TV trailers that have all dropped for a wide variety of properties. I’ve got five I’m going to look at, so let’s get started! I’m going to talk about these in order of release and that means first up is….

So, um, that happened. What can I say about this? It was only fifteen seconds, so there’s not really much to go on here. But it certainly didn’t look in any way like anything Archie. In fact, if anything, this was the most generic, most CW trailer I think I’ve ever seen. You literally could have slapped any title on that and it would have been the same thing. My honest reaction to this? I laughed, wheezy, tears-in-the-eyes laughed at how ridiculously WTF this was. While we’re on the subject, this was a recommended video in the sidebar, and it’s exactly what the title suggests.

While there was an official trailer that was released for this game already, this one gives you a better idea of what kinds of things you’ll be doing when you’re actually playing. I was really excited to see some gameplay, and especially the combat, given that that particular aspect is getting an overhaul from previous entries. Of course, hearing about crafting and (possibly) scavenging made my little RPG-player heart happy, too. I’m already on board for this one, but it was cool to have a closer look at some of the game elements to ruminate on while I wait for release day.

This was something that showed up vaguely on my radar, mutterings about a new game by Hideo Kojima. I didn’t really think much of it, but decided to give this trailer a look to see what it was about. After watching the trailer, I still don’t know what it’s about. Definitely pseudo-futuristic, post-apocalyptic, or rather post-invasion (by aliens, maybe?). I don’t know. The trailer itself, while not giving you much story, is beautifully rendered and the whole thing looks fantastic. So well done there. Definitely intriguing, and I'm interested to see more about the story of this world.

The Last of Us Part II Reveal Trailer

Another game sequel! This one I don’t really have the same vested interest in as ME: Andromeda. Probably due to the fact I didn’t play the first one, or that the last Sony console I owned had the number ‘2’ at the end of its name. But I know the basic story so I thought I’d check it out and see where they planned to take the story. We’ve obviously gone forward in time somewhat, as protagonist Ellie looks quite a bit older than the last time. This is another really good trailer, it teases you with just enough to make you want to know what’s going on and what Ellie means and who she’s after. For a fan of the series to watch this, I’m sure they’d be every bit as excited as the people in the crowd in the video. I’ve heard nothing but good things about the first game, and hopefully this one delivers as well for it's fans.

Well I guess I only had one movie trailer to talk about. But it’s a good one! I had a smile on my face for the whole thing because Guardians II is shaping up to give us more of everything we loved about the first one: lots of action, great character moments, and wicked, over-the-top humor. Not to mention the awesome soundtrack on top of it all, and a Baby Groot that might well steal the show. In a world where so many properties are going the dark, gritty, serious route, it’s so refreshing to have something that’s so unabashedly big, colorful, and fun. And not only be fun, but be so friggin’ good as well.

So there we have it, a quick roundup of some of the trailers we’ve gotten in the last week across a variety of platforms. They were also pretty varied as far as the reaction they garnered, from laughing uproariously, to raising a confused eyebrow, to grinning in excitement. But it’s nice to see that, to see that all this various media out there to attract fans of all walks of geek life rather than everything being the same all the time. With that said, I hope there was something here that piqued your interest, I hoped you enjoyed this trailer roundup, and we’ll see you next time!

This entry was posted in Movies and TV and tagged geek, movies, reviews, video games. Bookmark the permalink.

4 Responses to Trailers of the Week!