What Were They Thinking: An Immaculate Concept(ion)

When a comic series reaches a milestone with doubles zeros at the end, it's time for a celebration. They'll go big on a storyline, push the boat out. For example, when The Amazing Spider-Man hit its 200th issue, Marvel had him confront the man who killed his Uncle Ben, a big storyline right, one that makes thematic sense for a big occasion. Likewise, when The Uncanny X-Men hit the same milestone, Magneto was put on trial for terrorism. The teams greatest enemy could have finally been dealt justice, huge. And what did the Avengers do to celebrate their 200th issue? It must have been something incredible right? Well, let me give you a hint. You are currently reading What Were They Thinking, the series where we take a look at the stupidest, most ill-advised things in the history of the comic book industry. How do you think it turned out? 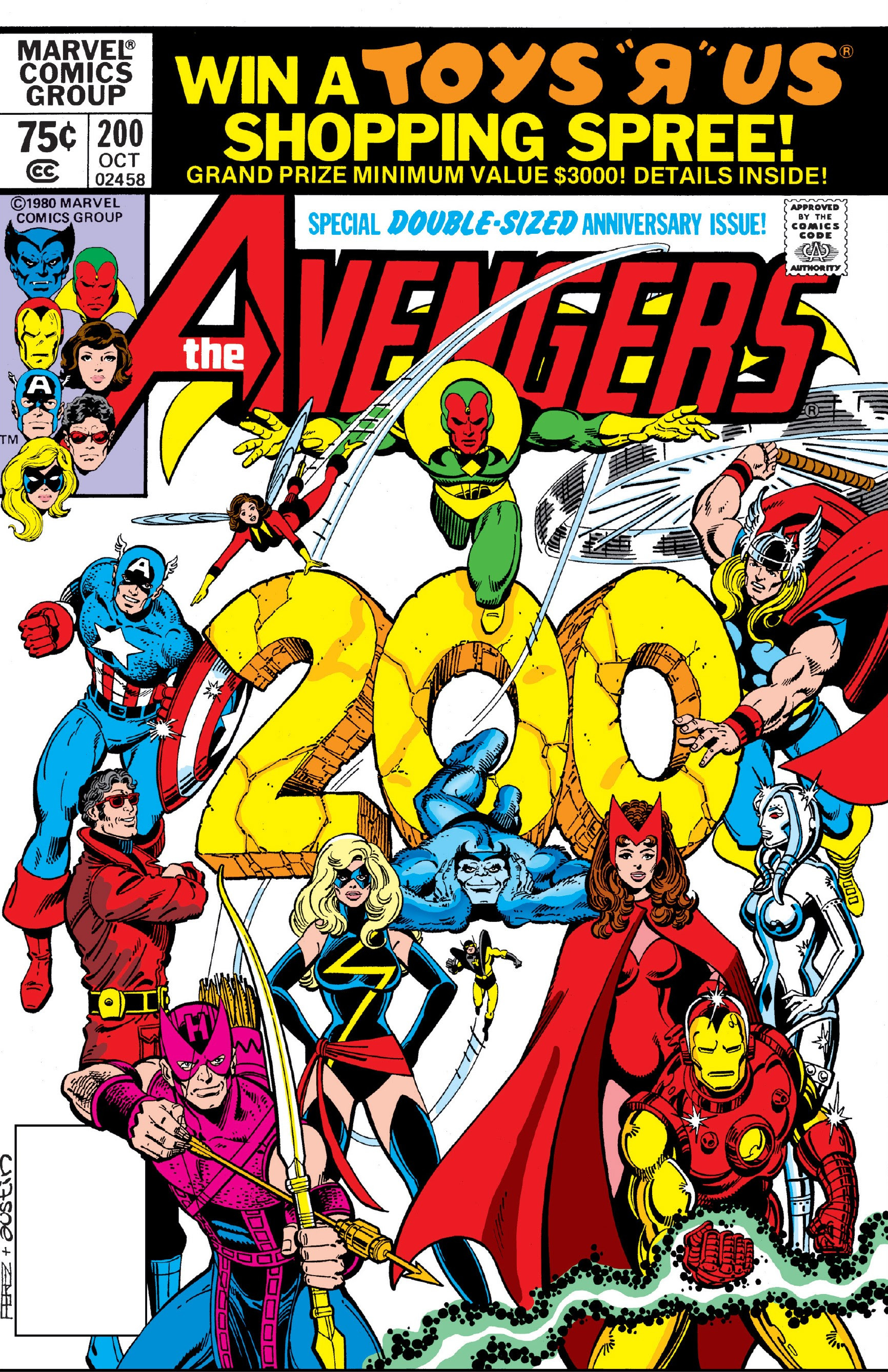 So, what did Marvel do for this milestone issue of their greatest super-team? Welp, plot synopsis time:

Ms. Marvel goes through a pregnancy in the space of 3 days, without any knowledge of how she became pregnant in the first place. She gives birth to a baby boy who grows to adulthood within hours. Said offspring starts to assemble a strange machine, which the Avengers believe to be a threat and destroy it. Only then does magic baby explain what is going on, that he is the son of Immortus and used Ms. Marvel as a way to escape Limbo where he is trapped. However, without his machine, he must return to Limbo and Ms. Marvel decides to join him, because maternal love? Might have been actual romantic love, it isn't made all that clear (which would make this storyline at least 500 times creepier than it already is).

Ok, so anyone see the problems here? Well, firstly, it would have been much easier if Marcus (I believe that was his name) had just explained everything to The Avengers before starting to build his machine, that would have saved a lot of trouble. Secondly, he's obviously been taking lessons from Arisa Rrab on mental aging, though he managed to do it without a power ring, which is impressive. Thirdly, WHAT THE ACTUAL HELL!

Big problem here. Marcus forced Ms. Marvel to go through a freaking pregnancy without her consent. Doesn't that classify as rape? I mean, the legal definition of rape is "a sexual act where one of the participants does not consent" and I'm pretty certain that making someone pregnant is a sexual act, immaculate or not. I mean, she does say in the issue, and I quote, "That isn't my baby, I don't even know who the father is. I've been used." I think that spells it out pretty clearly don't you.

This gets even weirder when you consider that he keeps calling her Mother throughout the issue and then you realise that he made his "mother" pregnant to give birth to him. And then your head melts. And of course, this being Marvel (and Marvel are so good at being the absolute worst), Carol Danvers, their strongest female superhero, decides to stay with the man that basically raped her because yay women's liberation. And you know what's the worst thing about this? This issue was written by Jim Shooter and George Perez (who also did the pencilling and cover art for the issue). I'm sorry, but those are two people who are better than this for Odin's sake.

I'll leave this on an amusing aside. If you take a look in the Marvel Year By Year: A Visual Chronicle book, you can find pretty much all of the milestone issues. The aforementioned Spider-Man and X-Men issues are there, as are the 100th issues. The 200th Fantastic Four issue is there. The 100th and 300th Avengers issues are in there as well. But not this one. And I wonder why...

3 Responses to What Were They Thinking: An Immaculate Concept(ion)