The first and most obvious reason why Blizzard should expand Overwatch into other media, specifically other forms of onscreen media in this case, is because of the cinematics they've already made to introduce some of the characters and fill out some of the backstory and lore to the world. I mean just look at this one. It's less than 10 minutes long, yet it crams so much into that time. Plot set-up, character backstory, character development, an epic fight scene all in the space of 8 minutes. Oh, and the animation is gorgeous (well get to the art style of this game later). There are so far 5 of these character base shorts, featuring 8 of the 22 characters this game has playable, with a few other cinematic teasers. Imagine what they could do with 25- 30 minutes, or even an hour, on TV or Netflix. Imagine what they could do if they did a movie. Ok, maybe a movie might stretch it too far, as the sheer amount of characters would be too much, but a TV series? Just do a character rotor like Avengers: Earth's Mightiest Heroes or Justice League did and you'd be fine. The amount of backstory that this game has is immense. You're talking at least 50 years of specific and detailed events laid out to provide background for the events you see in the shorts and the characters you play as in the game. Certainly some of that could be explored, possibly in a TV movie, or even in a comic book series (that Dark Horse might be doing in the future), like Gears Of War did to fill in the blanks between the events of its games. Show us the original Overwatch, the Omnic Crisis, give us a glimpse at characters like Soldier: 76, Reaper, Reinhart, Torbjorn, Widowmaker and Ana before they became the people they are in the game. 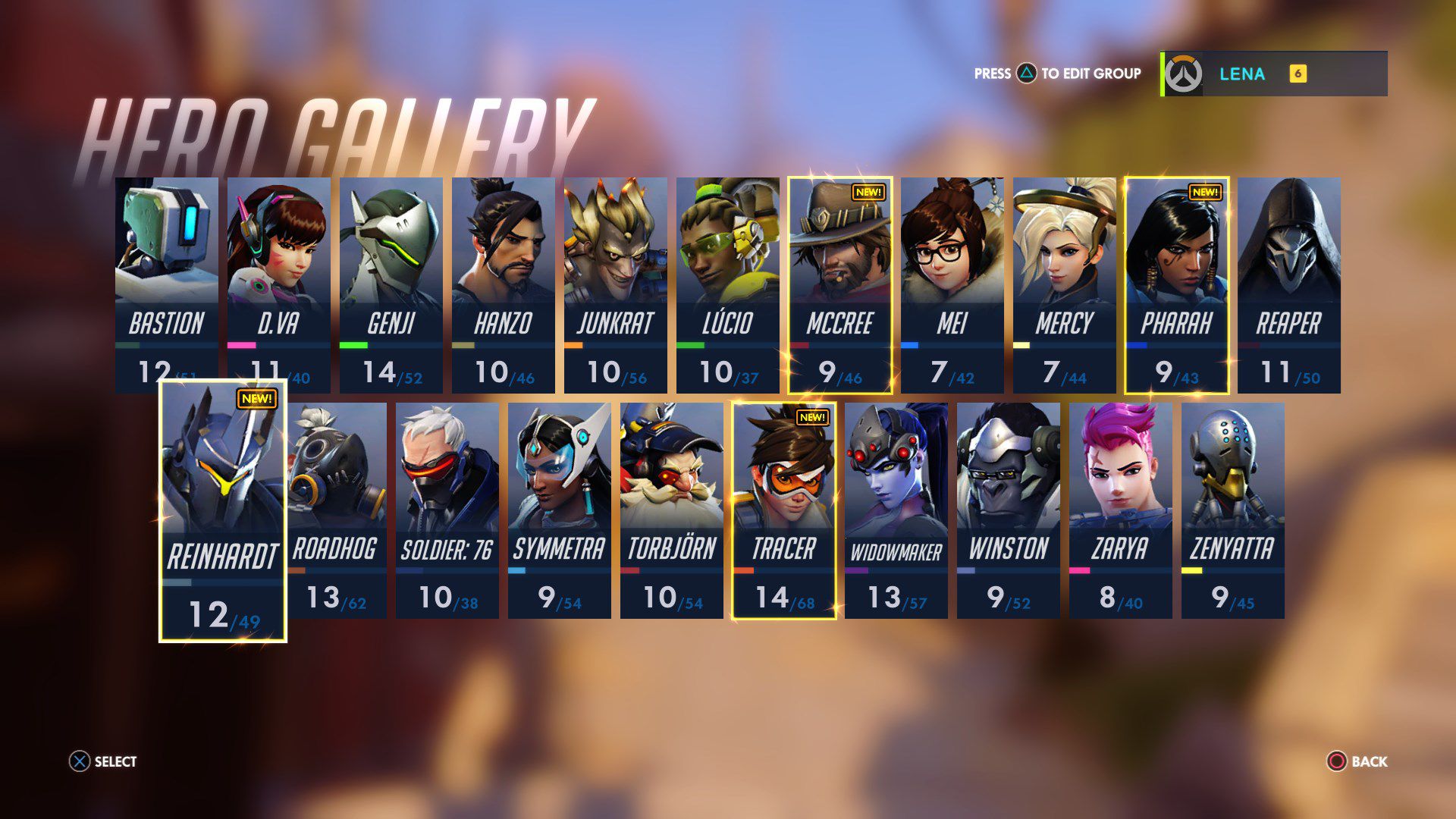 As a game, and certainly as a "first person shooter", Overwatch is unique. Yes ok it borrows heavily from Team Fortress, but what makes it stand out and what drew most people to it in the first place was its characters. When you compare Overwatch to other FPS's like Call Of Duty or Battlefield, it's like comparing the Christopher Nolan Batman trilogy to The Avengers. Yes they're both good (although comparing Call Of Duty now to Batman is a very very big stretch), but one is dark and serious whilst the other is an explosion of fun and one-liners. I mean, look at Overwatch's idea of a Soldier (Soldier: 76). What about their idea of a dark and edgy assassin, with Reaper? The guy might as well have walked out of a Todd McFarlane comic from the 90's. Their ninja is covered in neon green and their cowboy is Clint Eastwood if Clint Eastwood lived in a superhero cartoon. All of the characters are unique in design and personality and all are memorable. You want to play the game so you can see more of them. It's a hugely diverse cast from all over the world (Russia, Korea, Japan, America, Australia, France, Britain, Sweden, India, Egypt, Brazil etc.) and diverse looks (you've got the huge, fat Roadhog, the dwarfish Torbjorn, the small and chubby Mei, the muscle bound bodybuilder Zarya (who's a girl btw), the tiny and petit D.Va and the classically attractive builds of characters like Soldier: 76 and Widowmaker). Put these characters in another visual media and it's going to catch peoples eyes. And then the character's personalities and interactions are going to make them stay.

I'm sure a lot of you are wondering why I put a map of Sri Lanka as the picture for this. Well, Sri Lanka has a population of 20 million people. That's as many individuals play Overwatch. Overwatch has been out since May of this year and has accumulated the population of a small country in terms of unique players. World Of Warcraft (Blizzard's most famous franchise) had a peak subscription of 12 million back in 2010 and it got a movie released this year, 6 years after its peak popularity. Sure WoW has been around for 12 years now and over that time has accumulated something around 100 million accounts created over its life time, but even at its peak there weren't as many people playing it as Overwatch has 5 months after its launch. It would not be unwise to strike whilst the iron is hot. 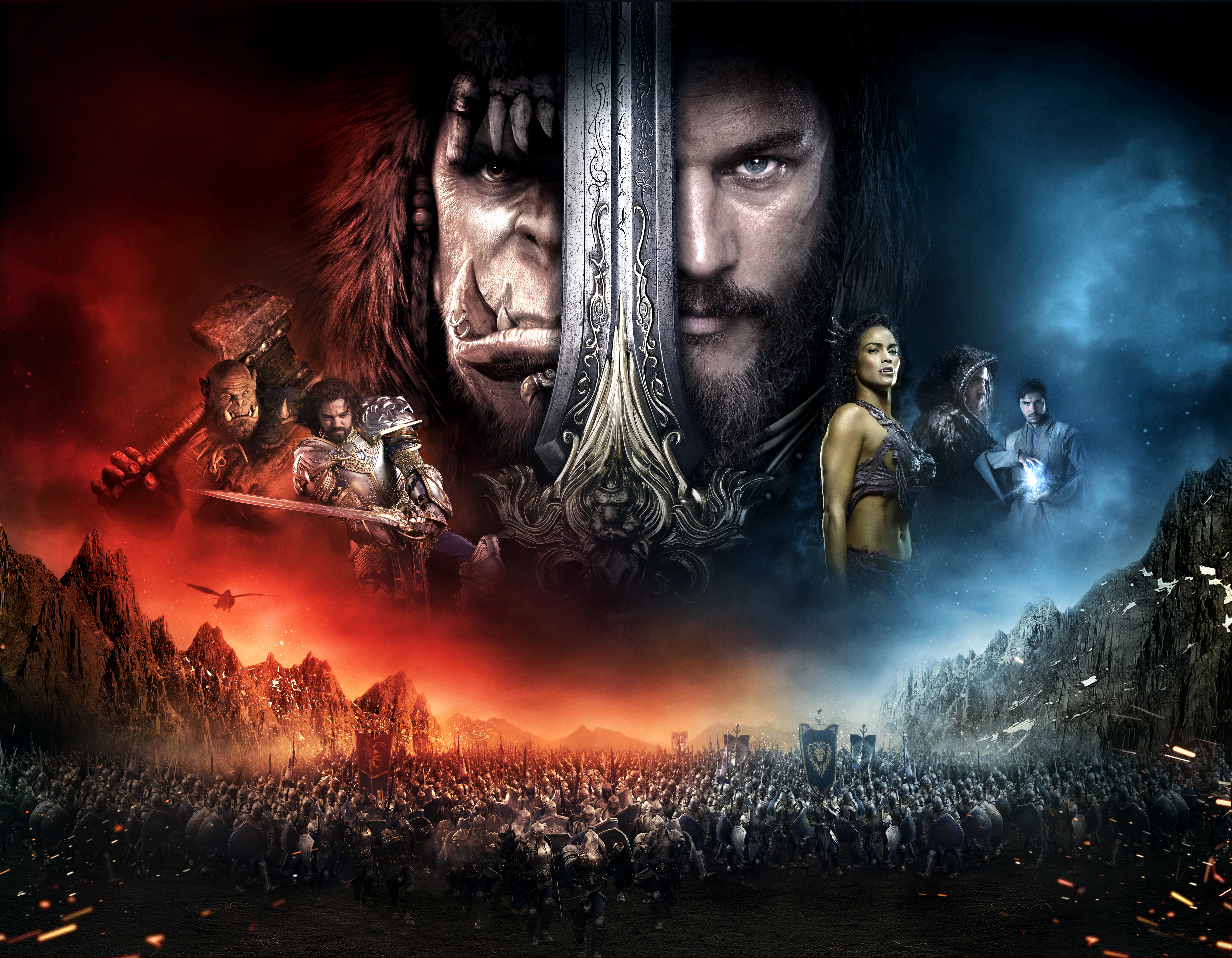 I mean its not like Blizzard don't have experience in having their properties transition to another medium. Now, whether or not you like the Warcraft movie or not, it is the most successful video game movie of all time and made almost 3 times its budget back internationally. And as I've said in the previous point, this was half a decade after the games peak popularity. If Blizzard were to green-light some Overwatch projects for next year, especially with DLC still being released to keep players interested, it could be on to something. Or alternatively, you could look at this and use it as a point on how Blizzard should learn from Warcraft's critical reception and steer more towards other media avenues, such as animation or comics, just keep out of live action.

No, I'm not suggesting they make a Heroes Of The Storm movie, I'm just using it to illustrate a point. If any Overwatch project were successful, it could open the door for more projects featuring Blizzard properties. A StarCraft movie or TV show? A re-launch of the WoW comics focusing on other events outside of the Burning Crusade? Anything to do with Diablo?

When you've got a franchise that has as many colourful, unique and popular characters as Overwatch, you'd think you'd capitalise on them as much as possible. I mean Overwatch already has more fan art than Jesus did during the Renascence and if you go to a convention you a guaranteed to see at least 50 people cosplaying as characters from the game (mostly Tracer, because she's bae), so why the hell isn't their more useless Overwatch tat for people to buy. I mean, I've only seen the Funko Pop bobble-heads (and yep, I do own some of them) and this Tracer figurine. The amount of money Blizzard is missing out of through merchandise is unbelievable. If they were to take Overwatch multimedia, they would make so much more money than they'd spend, just through toys alone. I mean, look at how well Warner Bros do out of DC toy sales. If you go to the comments of any of the videos on the PlayOverwatch youtube channel, there's going to be a lot of comments saying "There needs to be an Overwatch movie". Any blog post, forum thread, piece of fan-art, there's always comments saying how there needs to be an Overwatch movie. Fans are already making their own cinematics for crying out loud or putting together the official animatics into near hour long mini-movies, some of which nearly have as many views as the individual animatics. That's usually a pretty good sign you've got some sort of a base to work from. Plus, 20 million unique players, with ticket prices what they are and you can always guarantee that extra people will go to see it anyway... Superheroes have never been more popular. Marvel and DC are both raking it in at the box office, hitting out of the park on the small screen and doing big business in print, DC are even on a roll with their animations, both movies and series. Sure, these two have been around for almost a century in one form or another, but their profiles haven't been higher than they are right now. It's a big-ass pie, why wouldn't you want to at least try to take a bite out of it?

So, let's be real here. Considering that the game made over $250 million in its first month and is still growing 5 months later means you can not lose at this point. By the time any of these things are announced, the game will have made back its budget 10 times over. You're unlikely to make a loss on anything Overwatch related at this point. You have all the assets for making an animated series or movie, you've shown that with the animatics and the assets you released to fans for their fan art. You have a deal with Dark Horse comics for them to publish what comics you have got so far, so why not expand that. With more DLC on the way and the game practically a shoe in for a number of Game Of The year awards it's not like it's going out of the public eye any time soon. There's big money to be made here.

This entry was posted in Lists, Super-Hero Stuff, Things I Like. Bookmark the permalink.

8 Responses to The List: Top 10 Reasons Why Blizzard Should Turn Overwatch Into A Multimedia Franchise