The List: Top 10 Comic Book Characters/ Teams That Should Get Their Own Live Action TV Show

The last few years have seen a renaissance in live action superhero TV shows, with Marvel fielding Agents Of Shield, Daredevil, Jessica Jones, Iron Fist, Punisher, Luke Cage etc. and DC giving us The Flash, Arrow, Supergirl and Legends Of Tomorrow. But there is still untapped potential in the medium and lots of characters, not just from Marvel and DC, that deserve a shot in a series on the small screen.

WARNING: Opinions ahead. Not saying your opinions are wrong, it's just mine are better. 😉 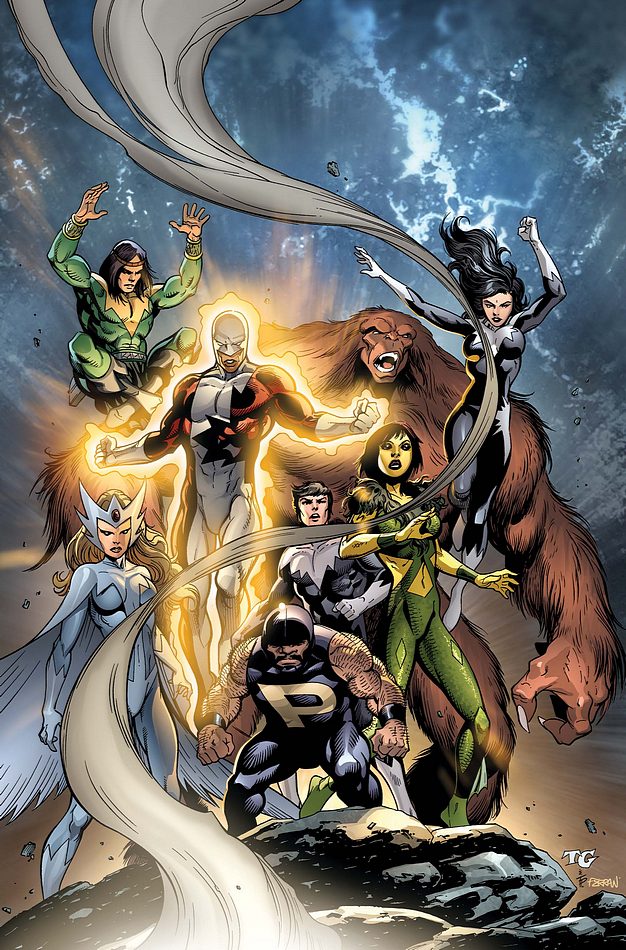 Kicking off the list we have the team from the great white north. This would work on TV purely because you have a diverse group of characters, from different backgrounds, all with different personalities and neuroses, all coming together for a common cause, but, twist, they aren't American. The sfx involved for all of their powers may make this more viable for a movie rather than a TV show, but the audience would more likely fit a TV show size and, with such a large team, the character development would be really underdone on the big screen.

Gritty, noir style, crime thriller, TV serial?  Any questions? Actually, there is one question, who would it focus on. Personally, I think that a mature rated series focusing on Vic Sage solving crime, with characters such as Renee Montoya, Crispus Allen, Kate Kane, possibly Jim Corrigan, making up the supporting cast would have a lot of potential. You can tie it in to the TV show universe or the DCEU, either way it would work. Plus you've already got built in catchphrases, hooks, tag-lines for all the trailers and posters. Within the confines of the MCU and its TV shows, a Kamala Khan show doesn't make too much sense at the moment. Captain Marvel hasn't been released yet, so there's no reason for Kamala to take up the mantle of Ms. Marvel. However, later on down the road, this would have huge potential. Even if we leave the whole diversity thing out of the way, there are huge glaring reasons why this would work. She's a popular hero, but not popular enough to warrant her own film just yet and it connects the MCU together further by showing a TV show being directly influenced by a film without needing to have any actual crossover. But most of all, the show will be fun. If you look at Marvels current TV line-up, they're all mainly serious, sure Agents Of Shield has a few jokes, but on the whole it's a darker superhero set up. Kamala Khan would be the exact opposite. It would be light and fun, a teenage superhero just saving people for the fun of it. Plus, they never did finish up that Inhumans thing did they?

So, Hellboy. He's had some films, which has raised the public perception of the character, and tbh they weren't that bad. They weren't fantastic, but the first one was pretty good. But the last one was released quite a while ago, so what do? Well, no point in rebooting the film series or picking up where the last one left off. No, what would be better is to give the character his own TV show. Make it like a cross between Supernatural and Agents Of Shield. Both of these shows have shown that the two different aspects of Hellboy can work on TV, the supernatural creatures and the "superhero" team. Keep the action and the horror high, get a big, BIG gun and just go with it.

I believe there was a Booster Gold film announced quite recently. Don't know if that's happening, but I feel that Booster would work much better in a TV show, if only for the fact that it could then tie in with Legends Of Tomorrow, because, if any character should be in that show, it's Booster Gold. There's also something about a corporate sponsored superhero that is just begging for a series long arc about his main sponsor being a supervillain organisation. 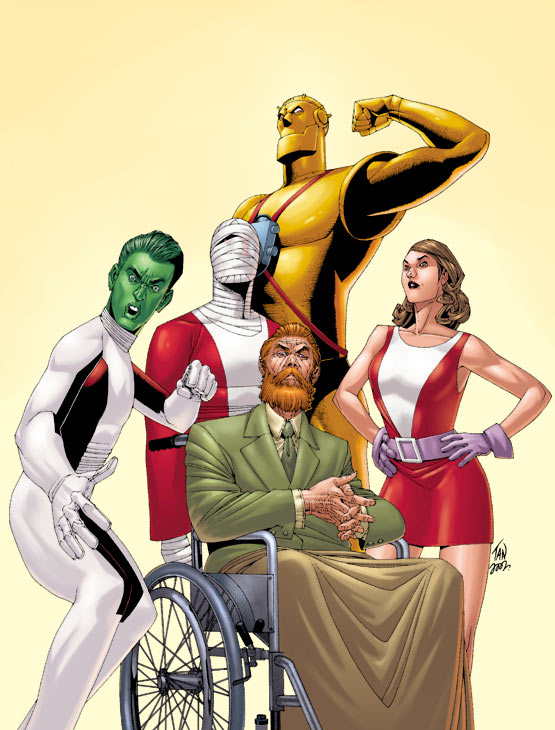 Like Alpha Flight, what we have here is a diverse group of characters brought together to accomplish something amazing. You have huge depth for character development, a multitude of lore from the comics to explore (the team has been around since the 60's and has had multiple incarnations). You have opportunities for light-heartedness (the team contains Beast-Boy) and more sombre moments (see Robotman). And also, there's always the chance that this could be the only way we get to see Beast-Boy in the DCEU, because they haven't yet realised that they need to make a Teen Titans film. Ok, honestly, how hasn't this already happened? Punisher can get his own TV series and Lobo is nowhere to be seen? Just do whatever Marvel are going to do with Punisher, add jokes and set it on a planet from Doctor Who. I mean, Marvel got Deadpool to work.... But seriously, Lobo has great potential on the TV. Sci-Fi is still a hugely profitable genre and mixing it with a superhero show would be a sure fire hit, especially with a crass anti-hero like Lobo. It's one of the few ways you can make a show mature and light-hearted at the same time.

3. The Legion Of Super-Heroes

Ok, let me lay out why this wouldn't work. So much SFX work.

Cool. So now, why it would work. Literally everything else. Engaging characters, check. Amazing action, check. Supreme storylines, check. A dedicated fanbase, check. Massive crossover potential, check. I mean, you could get 5 seasons alone just from introducing every single member of the Legion. You'd obviously need to cut Superboy out, it doesn't fit with how the DCEU is working, and there are an awful lot of characters that will have to be taken with tongue firmly in cheek (Bouncing Boy anyone? How about Matter-Eater Lad?), but other than that? You have a sure-fire winner here.

If I'm being honest, the only reason this isn't at number 1 is because I've already said it at least 1 trillion bazillion times. What can I say? I love this team. Obviously, with the way the Marvel TV shows are going and the fact that they're bringing in Cloak And Dagger soon really helps the cause here. What this would boil down to is the purest of character driven superhero shows, more character driven than superhero driven really. Every character is relatable, has a story to explore, motivations to uncover, relationships to form and responsibilities to grown into. Marvel, please do it.

There simply is and will not be anything like it. That would be the best way to describe what an Invincible TV show would be like. Yes, action wise it would be just like any other superhero show, but story wise. No other show could explore what it would be like growing up with a superhero/ alien parent, the pressure the character would be under, the family relationship, how it would affect their everyday life (especially with their powers appearing whilst at work at their part-time job, that would be a great scene). Plus it would be good fun to see some of the more tongue-in-cheek pokes at mainstream superhero comics realised, and, if we're being honest, Marvel and DC shouldn't have it all their own way when it comes to superhero TV shows, should they?

7 Responses to The List: Top 10 Comic Book Characters/ Teams That Should Get Their Own Live Action TV Show