On the 7th day of Anime Japan Gave to me:

Hiyori Crosses over, or does she ? 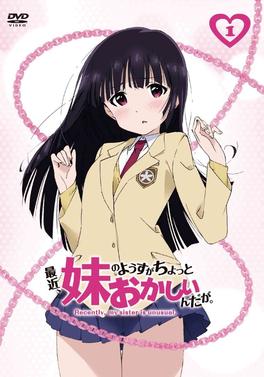 I couldn't find a video clip anywhere for this scene, but from the anime Recently my Sister is Unusual I bring you the last scene of the anime. The Ghost Hiyori has apparently crossed over into the after life. Mitsuki is moping around missing her "friend" even though she caused her a ton of trouble by using her to vicariously fulfill her Love for Yuya, Mitsuki's step brother and laments her life returning to "normal" which seems to displease her.

Mitsuki is broken out of her funk when Hiyori reappears and informers her that they have more work to do before she can actually cross over and she will be around a little longer. Realizing this means more misadventures with Hiyori using her to try seducing her step brother Mitsuki screams out, I don't want this! Completely reversing the feeling the scene from a sad one to a comical one.