You know a couple months back when I did Suleman's profile I said I'd contacted a few other people to do Power User Profiles? Well guess what, someone finally got back to me about it. Today's Power User is an almost constant feature in the CDC's and twice winner as well (though, to be honest, she probably should have won a few more than just the two). So it gives me great pleasure to welcome to the PUP group Melmo44.

Origin of your username: It’s the name I use everywhere. It comes from a nickname my younger sister gave me when we were kids, and the numbers were added later for online use.

Picture of you in real life: Me with an Allosaurus this past summer in Drumheller, Alberta 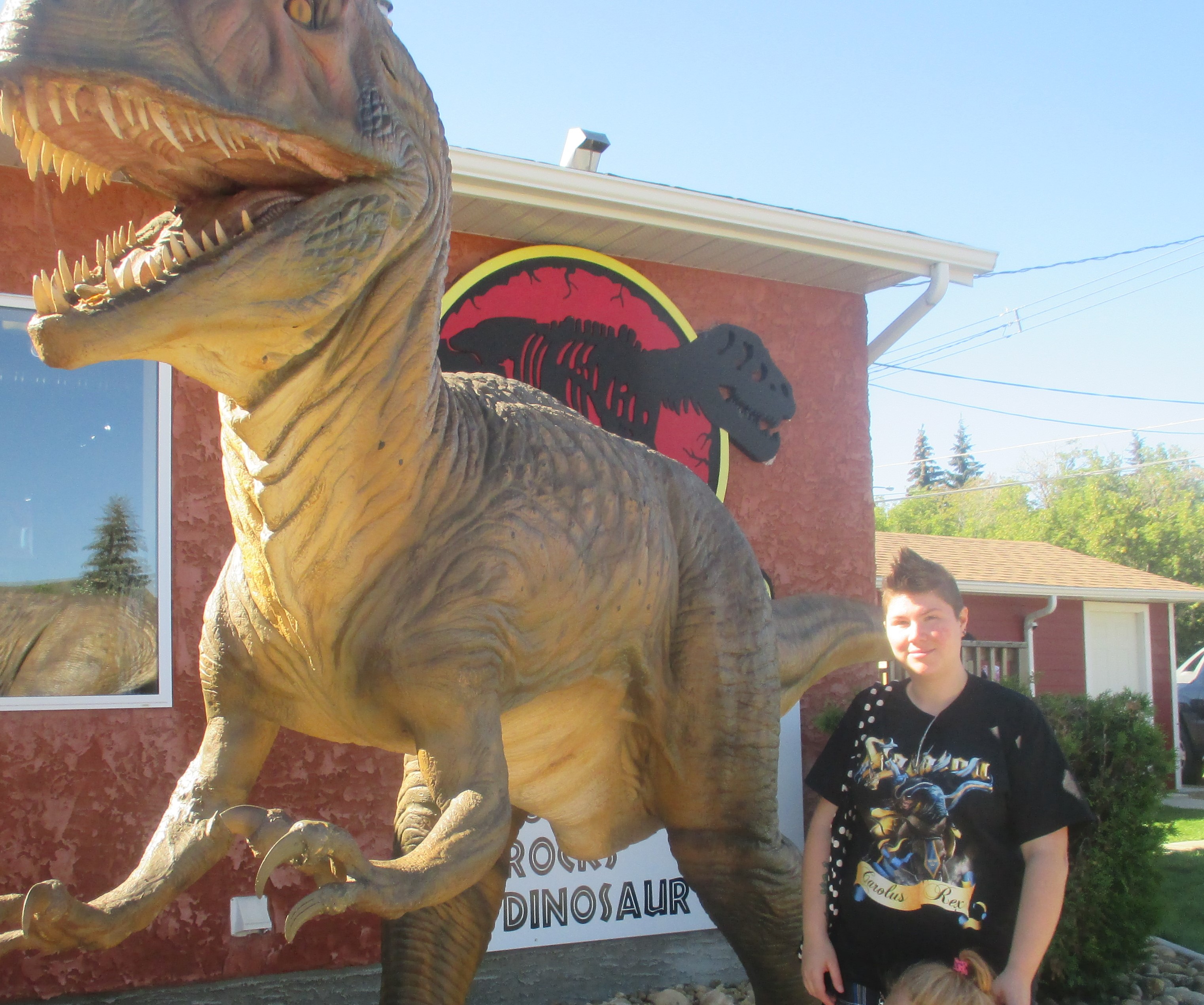 Where are you from? Manitoba, Canada.

Gallery on the Forums: http://www.heromachine.com/forums/topic/melmo44s-creations/

Tumblr: http://aeducan-the-archdemon-slayer.tumblr.com/ (not much of my own art here, though).

Favorite artwork: Rolanna Blood-Eyes. It just came out so perfectly. She’s frightening, powerful, and has a great presence. It’s simple, but really shows off her personality as the fiercest Warrior of her time. I’m really happy with it technically as well. Second is probably T'relan, who I made around the same time. I was really trying to up my personal ante at this point, and I think it paid off. 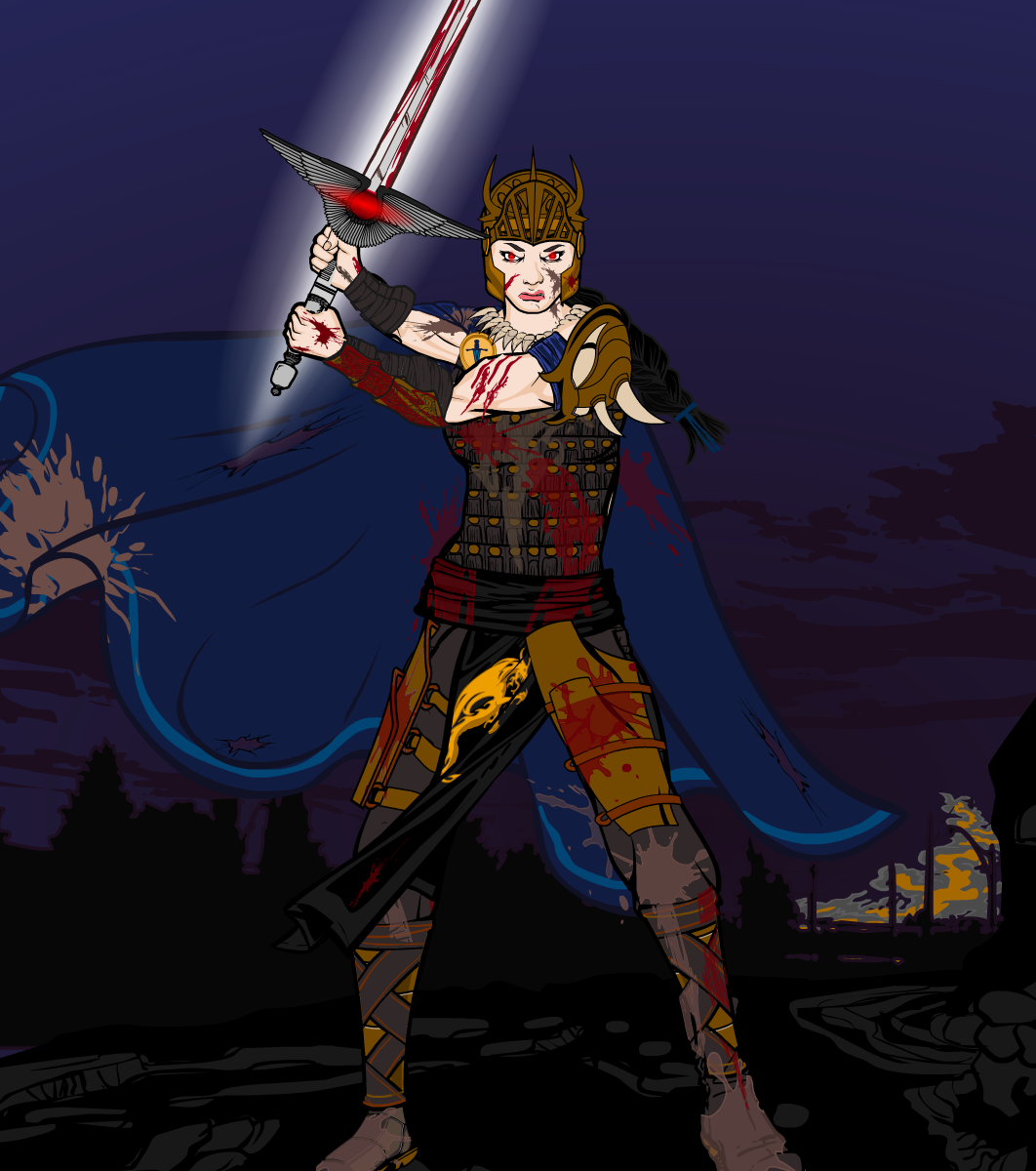 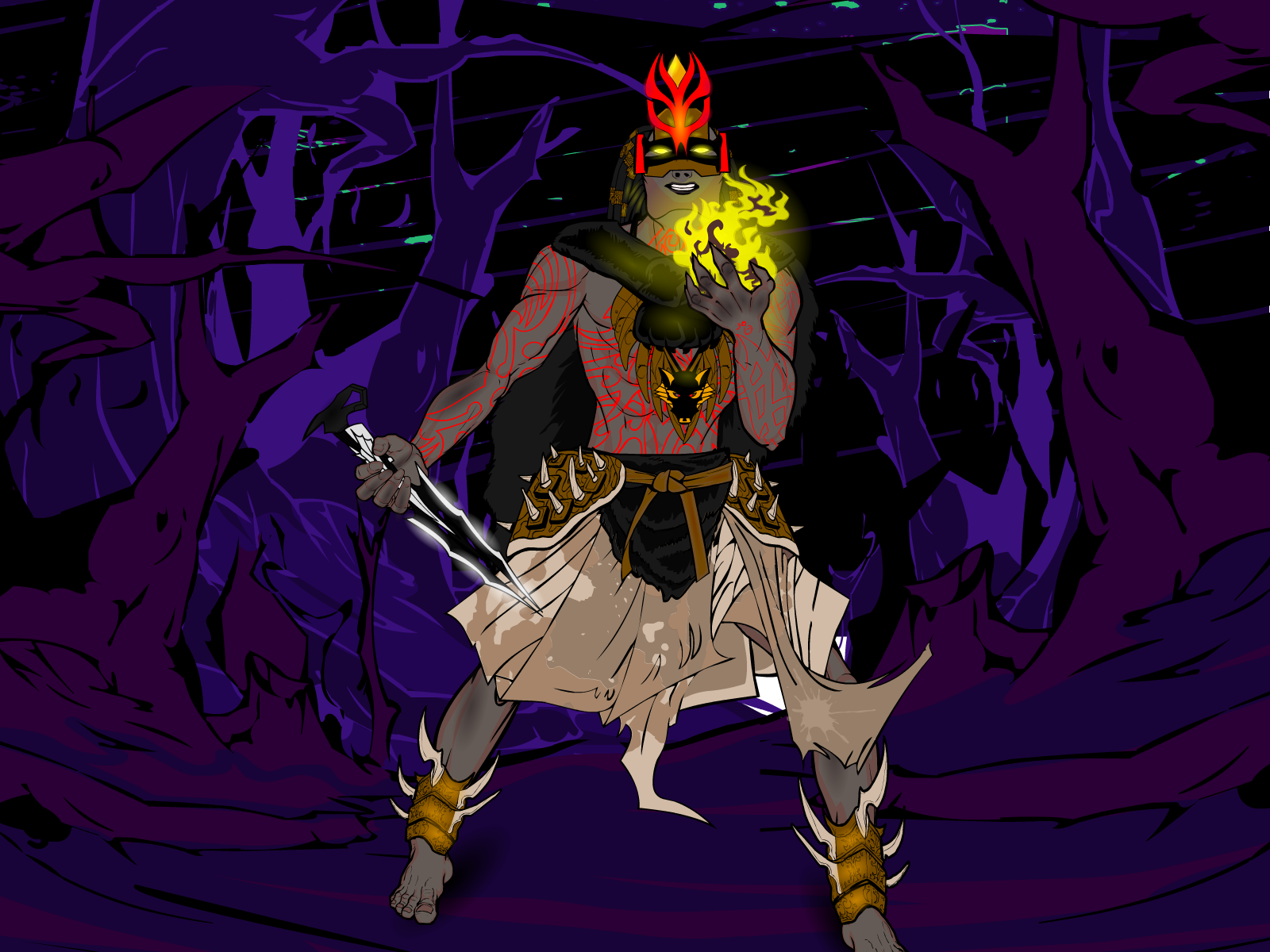 Favorite movie(s): For a quick answer when asked this, I usually say 300. But it’s so hard to truly narrow down a favorite. I like cheesy action movies (Demolition Man!), comic-based movies (live action Marvel and animated DC, mainly), and sci-fi and fantasy. I also watch a lot of animated movies, both new and nostalgic.

Favorite TV show(s): I don’t watch a whole lot of current TV shows, so bear with me. I did watch the first season of Daredevil, however, and am looking forward to season 2. Current shows I like but am behind on- Supernatural and Doctor Who. Mainly we watch a lot of TV on DVD and Netflix. Being a parent, that includes lots of kids shows; we’ve got Batman: the Animated Series, Darkwing Duck, Mighty Morphin Power Rangers, Gargoyles, the animated X-Men and Spider-Man shows, the list goes on. I also love Stargate SG-1, Star Trek (Next Gen and Voyager especially), and my all-time favorite was The Adventures of Sinbad, which always came on before Hercules and Xena: Warrior Princess on Saturday afternoons.

Favorite Book(s): I read a lot. I love fantasy and sci-fi in particular and this question is really hard to answer. I love Stephen King, especially the Dark Tower. I love Jennifer Roberson and the Sword Dancer series. The Hero and the Crown by Robin McKinley is still one of my favorite books ever, and I wish there would finally be a new book in David Gerrold’s War Against the Chtorr series. I try to read the Chronicles of Narnia at least once a year, as well. I also read mythology and history with a special fondness for ancient cultures.

Favorite Character(s) (comics/ TV/ film etc.): My first favorite comic book character was Spider-Man. Here was a nerdy, unpopular guy that became a superhero, and that resonated with me. Similar to that was Aerin from the Hero and the Crown, and she had a lot of influence on what I like to read now. For comics, I am also a huge Punisher fan, especially the MAX run. For games: player characters- Hawke from Dragon Age II, NPCs- Varric Tethras, Garrus Vakarian.

Favorite Music: I grew up on 80’s rock and into heavy metal. My number 1 since I was 15 was and still is Def Leppard. I also listen to Sabaton, Judas Priest, Van Canto, Rammstein, Disturbed, Halford, Pantera, Alter Bridge, Manowar, and a whole lot more.

If you could have any superpower IRL, what would it be? Reading and influencing people’s minds could be really useful.

What do you like to do (outside of HeroMachine) in your leisure time? There’s the usual parent stuff; spending time with the kids and doing things with them. For myself, I read a lot and I write a lot. As I said, I don’t watch a lot of TV per se, and generally would rather play a game than watch something. Although there are several YouTube channels we frequent when I just want to veg, and also Pinterest. I also volunteer with the local Museum and am on the Board/Committee.

Ever met anyone famous that you really geeked out over? We met Dan Aykroyd when he was doing a cross-Canada tour promoting his wines and vodka. He was super nice. He even referred to our son, who was quite small at the time, as a ‘Future Cadet’ (he was wearing a Ghostbusters sleeper).

Star Trek or Star Wars? This one is really hard. I love Star Wars, I really do. I love the movies (for the most part), and even got into the expanded universe somewhat from books and games. But… I grew up with the Next Generation and the Original Series movies. There’s just something about Trek that edges out in front for me.

DC or Marvel? Marvel. I got into comics through Spider-Man, and I’ve always gravitated to the Marvel universe. I don’t really read anything DC, it’s their animated shows and movies are really what I love about them.

Mage or Paladin? Paladin. If my gaming is any indication, I’d be a terrible mage. I tend to jump into the middle of the fray with both feet, and you don’t fare well doing that in robes. I like the armor and weapons and just being a tank.

Character design turn-ons: Emotion. Even if a piece is technically a bit off, conveying or bringing in some kind of emotional or visceral response really makes it stand out. And poses. It’s something I feel I need to work on, so to see a really different pose is something I really enjoy.

Character design turn-offs: White backgrounds when even just changing it to one solid color would make the character stand out better.

Ever won a contest? I’ve won twice (here I thought it was only the once). For Dark Titan- CDC #74, and Vision of the Future- CDC #52. I’ve won a couple of Pop Quizzes as well.

What’s your take on the HeroMachine community? I love seeing the huge variety and the incredible imagination of the members. We’re all using the same tools and getting such vastly different results and just to see the limits it can be taken to is really fascinating. And I’ve always felt so welcomed, even if I don’t spend as much time on the forums as some. It’s just a great place to come and be creative.

Any personal favorite members from the HeroMachine community I’m going to take the cheating way out of this one. Everyone here is awesome. Honestly. Everyone has at least one (or a dozen) creations where your mouth just hangs open for a minute and you go ‘wow’.

Best tip for a HeroMachine newbie? Make what you love. Don’t feel you have to make something a certain way, or make certain kinds of characters/designs because that’s what or how everyone else is doing it. Also, experiment. A shoulder piece can make a skirt, or a mask a helmet base, or a horn a necklace. There’s so much freedom (insignias are for everything!). And don’t hesitate to use references, especially for poses. But most importantly, make it your own. Find your own style.

Final thoughts: I remember playing around with Hero Machines 1 and 2 when I was younger, never realizing there was a whole community of wonderful, inspiring people out there doing the same thing. I certainly never thought I’d be brave enough to enter a contest when I started using HM3, let alone writing one of these up. So, thanks guys and gals, for being awesome.