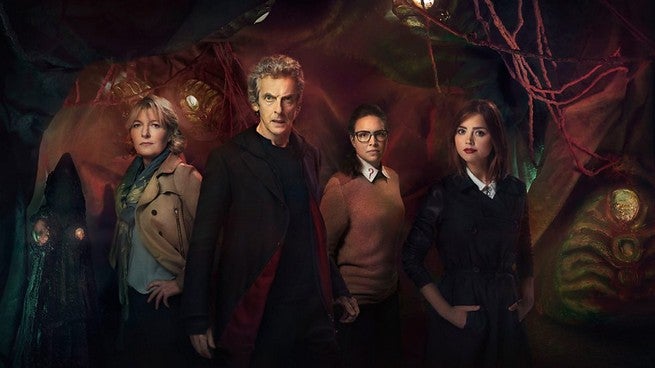 So…last week we had a stunner to kick of this two parter. But does the conclusion live up to the opener?

Let me kick off by saying this. This episode is not one of the best of Peter Capaldi's time as the Doctor. It is one of the best Doctor Who episodes of all time. In fact, if we only look at the relaunched, post-2005 series (because it ivory unfair to compare the original series with the modern series, what with the advances in technology to create better monsters and environments and everything), it is probably up there with The End Of Time and The Doctor's Wife as the pinnacle of what this show can achieve. And if we take both halves as one episode, only The End Of Time can really compare. That is how good this episode was.

Although, this episode doesn't start off with any hint of how good it would become. The opening is relatively subdued, with an amusing dream sequence and the following 20 minutes are relatively interesting, ramping up the action but not really letting loose. We get a very informative insight into Zygon imprinting, which apparently works both ways and give Clara a chance to once again actually be really really good in an episode??? God, if you'd have told me how well Clara was going to do in the series before it started I would have laughed at you, but they honestly found a good spot for her now, she's started to work as a character. Smart, confident, with a nice amount of sass and that little bit of vulnerability that makes her more interesting than either the bland "More Doctor than the Doctor" Clara that we got most of last season. And we also got a few interesting bits to pick up on, like with last episode.

But of course, none of this really matters in the end, because once we get all the major players into the Black Archive, that is when things very suddenly take a turn for the incredible. This pretty much 20 minute scene is one of the finest you will see on TV today. Peter Capaldi gives a performance that would put David Tennant in The End Of Time part 2 to shame. He pretty much takes 20 minutes of monologue, with the occasional interspersion by Kate or Zygon Clara, and works it so amazingly well that it is impossible to take your eyes off him for long enough to even blink (perfect thing to watch if there a Weeping Angels around really). This one scene took this episode from being great to being as near perfect as you could get.

And with that, I suppose that the final though I can leave you with is this. When the hell did Osgood suddenly become best character in this show?

Well, I suppose there was a vacancy.

7 Responses to JReviews: Doctor Who Series 9 Episode 8- The Zygon Inversion