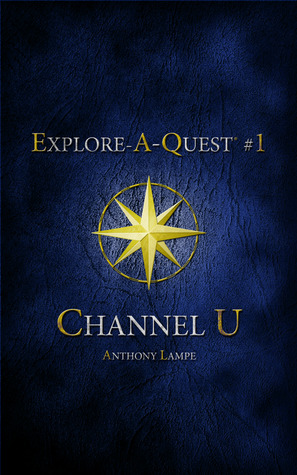 Well Folks It is time again for our Chose Your Own Adventure Wednesday ( if a bit late ). To Recap so far the main protagonist of our story was sitting in front of an experiment Television created by his fathers company when he discovered a special channel on the set that caused him to be sucked into the land of tv by a doppelganger of himself, Our protagonist's twin told us that we had to pick a genre of tv show to participate in and if we solved or defeated the situation present there in we he would be set free. That was where we came in! I asked you to vote on which genre we would follow and you all choose Sci-fi so lets kick this off again.

The story continues after the Jump.

So we are going with Sci-Fi so I need to turn to page 15 to get us rolling: 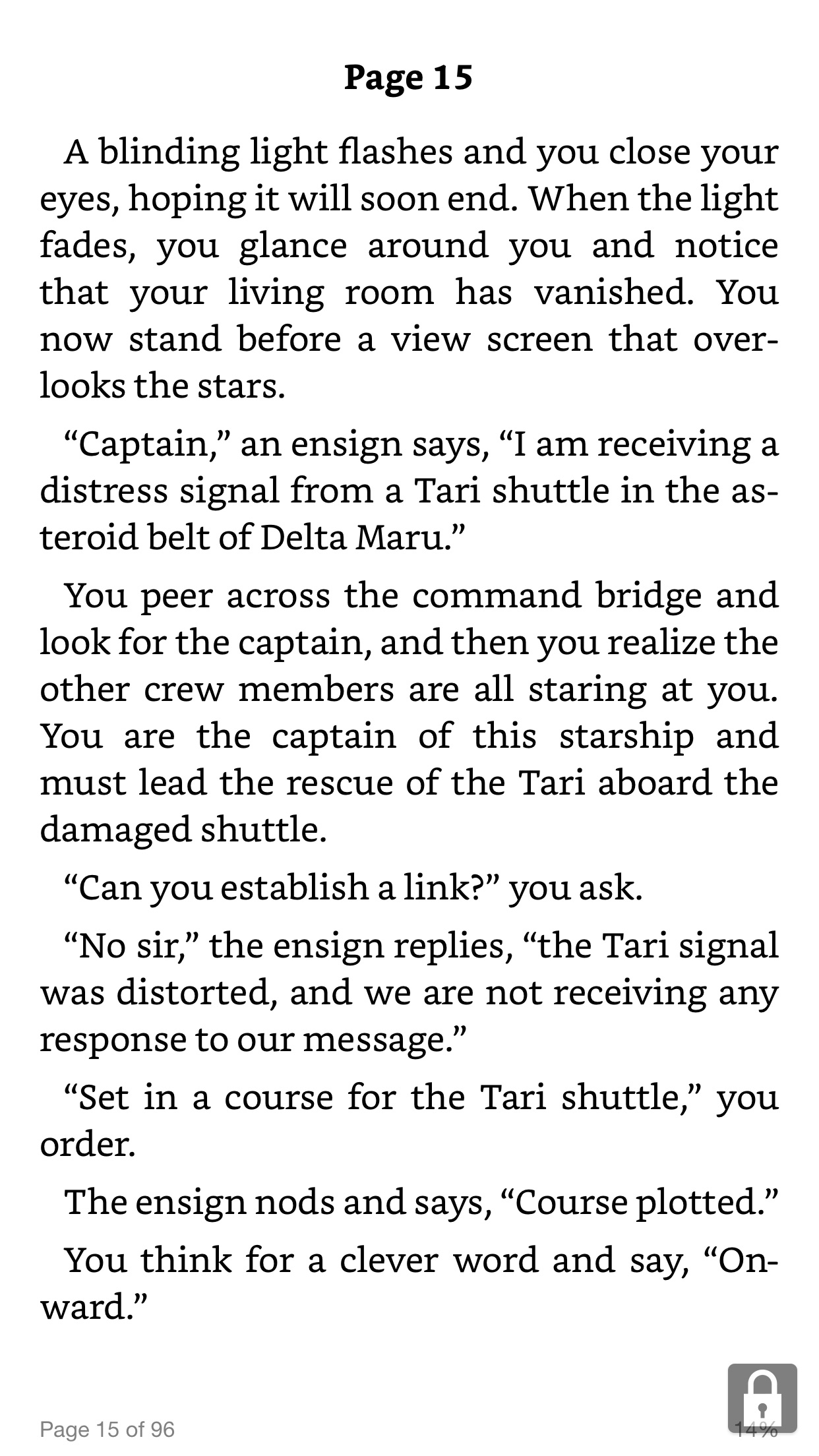 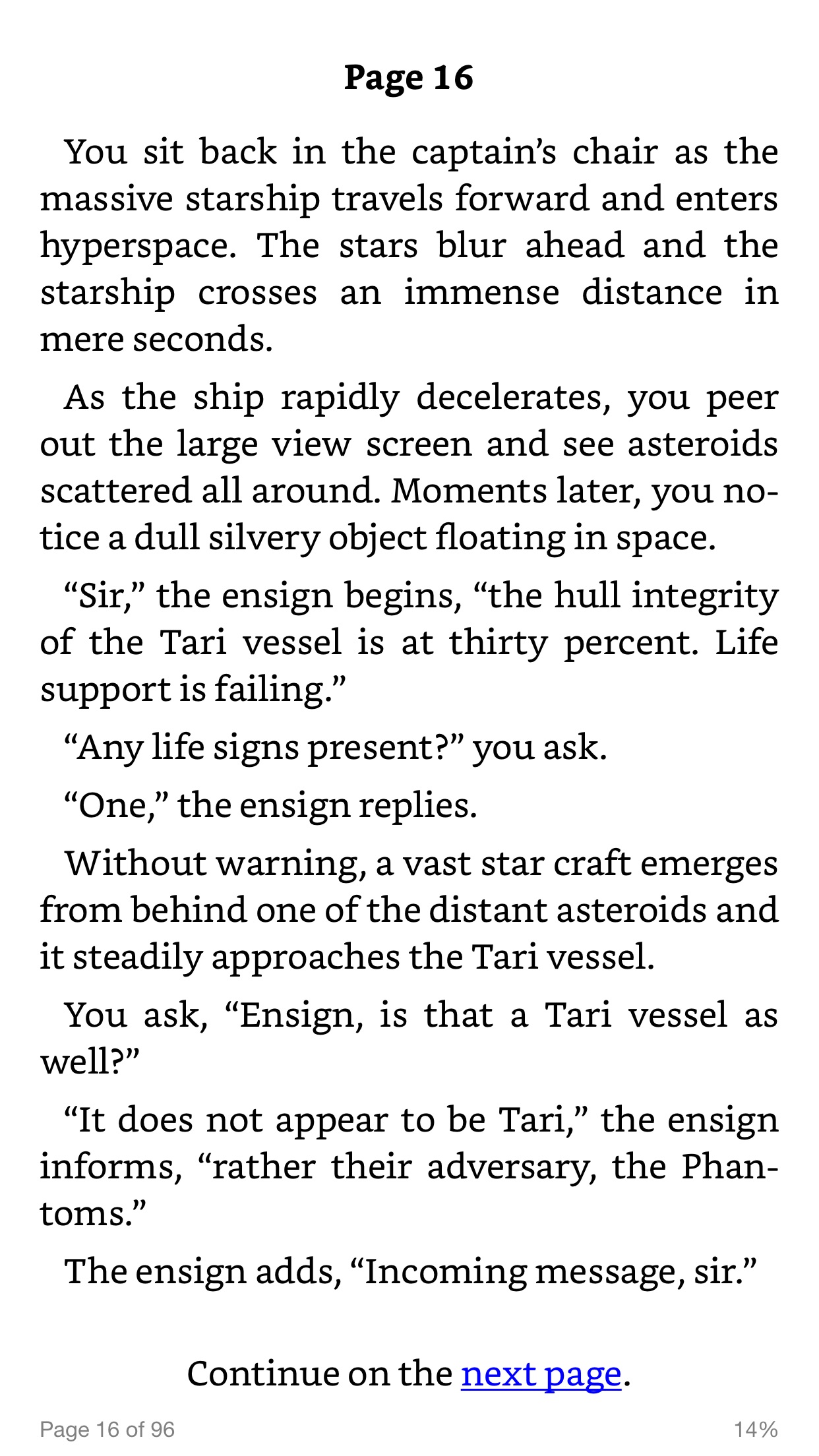 Hmmm, Damaged shuttle and an apparently hostile Spaceship, Wonder what is gonna happen next!!!! 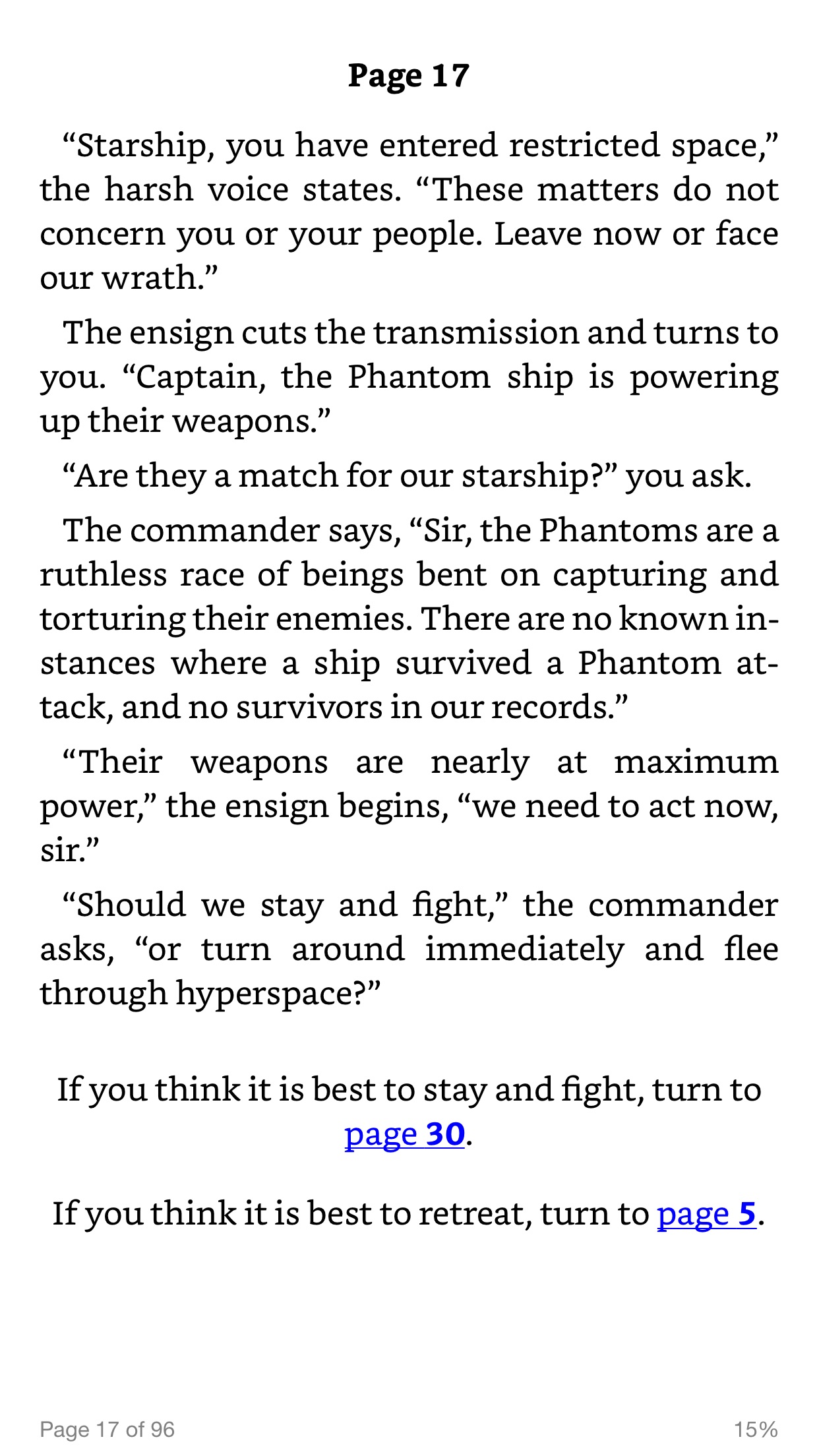 SOOOOO There we have it, decision time! Im the poll below tell me weather we are going to power weapons, raise shields and go to battle, OR are we going to turn tail and run, saving ourselves to fight another day?!? Please explain your reasons for your vote in the comments while you're at it!