WARNING: Major amount of fanspazzing ahead, you have been warned.

So, for the second of our PUP reduxes we have the first person to get back to me about the idea after kicking the whole thing off with Kaldath last week. And boy was I happy about who it was. Now, if you guys don't know who my favourite 'machiners of all time is, you need not look any further (sorry everyone else). His creativity in costuming, his use of colour and his mastery of shading just make him one of the most inventive and awe-inspiring creators still active. Plus, he is a thoroughly nice guy (no matter how many times I've ripped off his characters he's still cool about it) and an around awesome dude. And as a fan of At The Drive-In, I can certainly appreciate where he got his name from. So, it gives me great pleasure to pass you over to DiCicatriz

Origin of your username: Funny story. I was a huge Mars Volta fan in high school. They had a particular song called “Cicatriz ESP”. “Cicatriz” is also Spanish for ‘Scar’ and I always thought it was one of those neat examples of when a word is way cooler in my native language than in English. So my handle for a lot of things was DCicatriz, the first letter of my name with the aforementioned word. So in actuality I started posting on Heromachine as “DCicatriz”. But then somebody replied to a comment I made or something and kept calling me “DiCicatriz”, and everybody else followed suit. I actually like it better, so good on that person.

Photo of you in real life: Here’s one with appropriately themed attire: 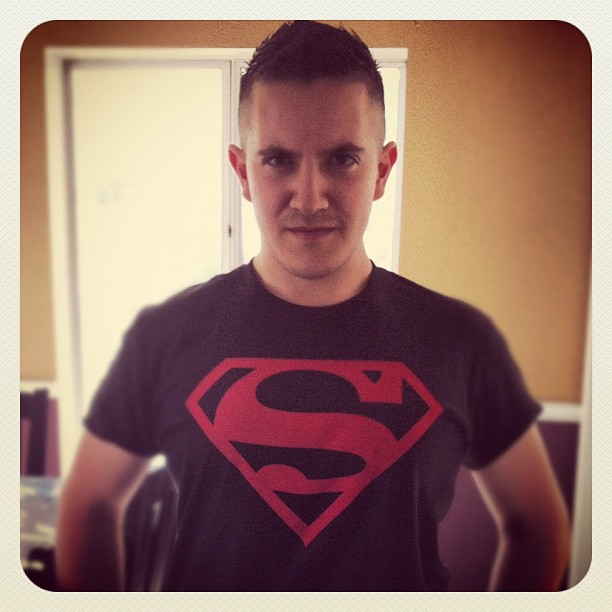 Where are you from? Born in Mexico. Grew up in the US on the East Coast, live on the West Coast (best coast!)

Online archive of your creations: http://www.heromachine.com/forums/topic/dicicatriz-mi-propia-realidad/

Favorite Artwork: I’m torn between two of them. 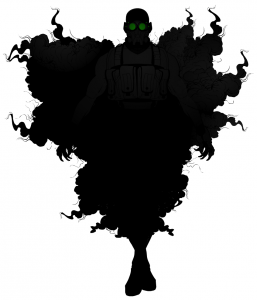 AQAB: A Guatemalan guerilla freedom fighter empowered by the Maya deity of darkness and night. He just looks so creepy and although he took me all of fifteen minutes, I like his final look more than some pieces I’ve spent way more time on. 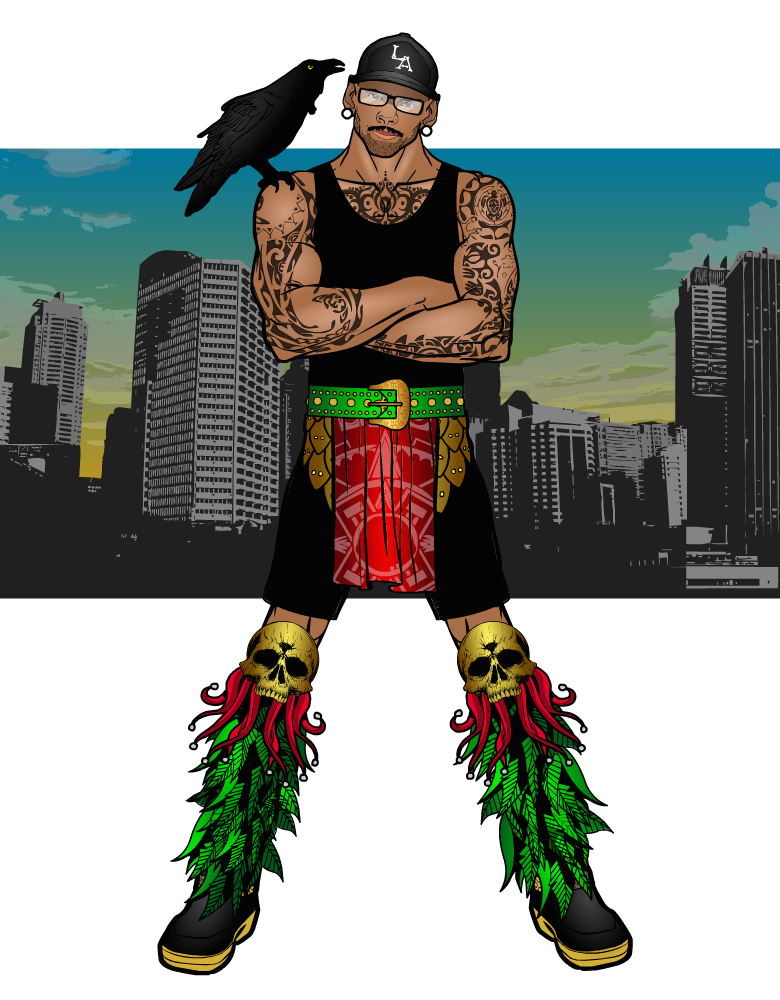 BRUJO DIAZ: This guy came out of nowhere and he’s not by any means most visually impressive character I’ve ever created, but I just like the idea of him so much: A tatted-up pansexual Chicano battling supernatural evils in Los Angeles alongside his crow familiar, José Cuervo.

Favorite Movie(s): Whiplash, Grand Budapest Hotel, Nightcrawler to name a few more recent ones. The Lord of the Rings: The Fellowship of the Ring if we’re going with one of my all-times 🙂

Favorite Character(s) (comics/ TV/ film etc.): Colossus from the X-men (something about this big strong guy who’s really just the most caring, sensitive, artistic person on the team), Thor (Because, of course. It’s Thor), Martian Manhunter (A psychic shape-shifting alien with a detective streak? Yes, please.), Wonder Woman (The most badass. Ever.)

Favorite Music: It kind of ranges. I like anything from death metal to Lady Gaga, but I’m a sucker for strong women and singer-songwriter types. Neko Case, Martha Wainwright, Fiona Apple, Sleater Kinney, St. Vincent, etc.

If you could have any superpower IRL, what would it be?

Practical teleportation. None of this “I can only go somewhere I can see” or “Taking people and things with me really tires me out.” crap. Instantaneous, safe, automatically guided, clean, take as much as I want with me, teleportation.

What do you like to do (outside of Heromachine) in your leisure time?

Spending time with my family, both biological and through marriage; writing up nitty gritty details about my characters that nobody will ever really care about and aren’t relevant to the story at all.

Ever met anyone famous that you really geeked out over?

I saw Milo Ventimiglia at In N’ Out one time. I sort of freaked out, both because I was a huge Heroes fan and because he is gorgeous. I chickened out though, so I never did get a picture with him or anything.

Star Trek or Star Wars? Why can’t we love both? One is this kind of cool ethnographic survey of cultures/worlds from this kind of government regulated political intrigue kind of space. The other is kind of this cool counter-culture revolutionary thing with a hint of Eastern philosophy. Both very cool.

DC or Marvel? I love both, but having the X-men really puts it over the top for Marvel. Something about a band of colorful characters navigating a world that feared and hated them really resonated with me.

Mage or Paladin? Not much an RPG guy (gasp!), but um… I guess Mage. I’d magic up myself a lot of convenient things. Unless it was like really dark and scary blood magic stuff that always required a grave sacrifice or something.

Effort. Any slight indication of a coherent idea.

When there’s just too much. Like a million discordant elements/colors/textures that don’t go together.

Ever won a contest? If so how many? (And don’t pretend you can’t remember).

Um… I won the gadgeteer contest, one of the Friday Night Fights, one of the random-name generator contests, the mash-up contest (with a Cowboy Sorceror), the free-for-all contest, and a caption contest with a joke about Facebook.

What’s your take on the Heromachine community?

I like it! It’s nice to know there are people as obsessed with a flash application as I am.

Any personal favorite members from the Heromachine community?

Best tip for a Heromachine newbie?

Play around with everything. Use items for things other than what they’re meant to be. Colors are very important. Make your own colors sometimes! (it’s a cool feature I don’t see people using a lot).

Just have fun with it. Amazingly fun apps that you can literally spend hours on available completely for free and updated and kept alive by goodness of one guy’s graces don’t come around too often. Enjoy it!

Mod Note:  If anyone else who did a PUP back when Jeff did them would like to update their profile, please contact me at jr19759@hotmail.co.uk and I'll get the form sent out to you.