Greeting Folks, Sorry for the delay in judging this weeks caption contest, I had a busy day and just got home. So Lets get to it!

Last week I asked you to give me your best dialogue for the following image: 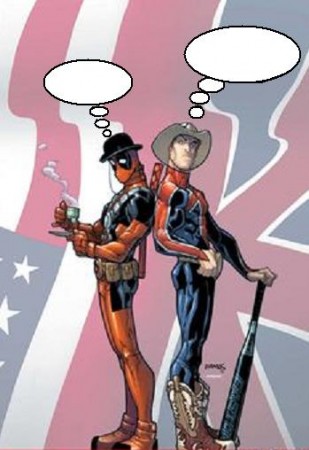 And As usually here are my top five entries:

Calvary_Red
Captain Britain: “As ridiculous as this is, it’s the only way to keep Deadpool from learning the true nature of our mission.”
Deadpool: “Too bad for him, I already read this issue like, six times.”

punkjay
Deadpool: Sooo C.B. now that I look the part can I make the moves on The Queen?
Captain Britain: Wow! Wolverine was right, you really are a bloody twit!

Timedrop23
Deadpool: So what fashion school taught you to dress like that again?
Captain Britain: Elementary, my dear Deadpool. Elementary. 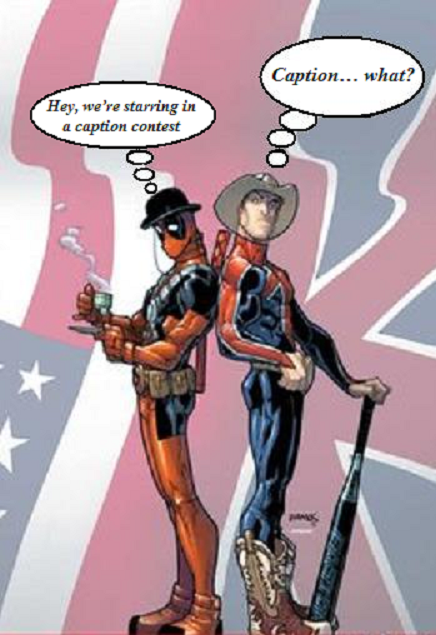