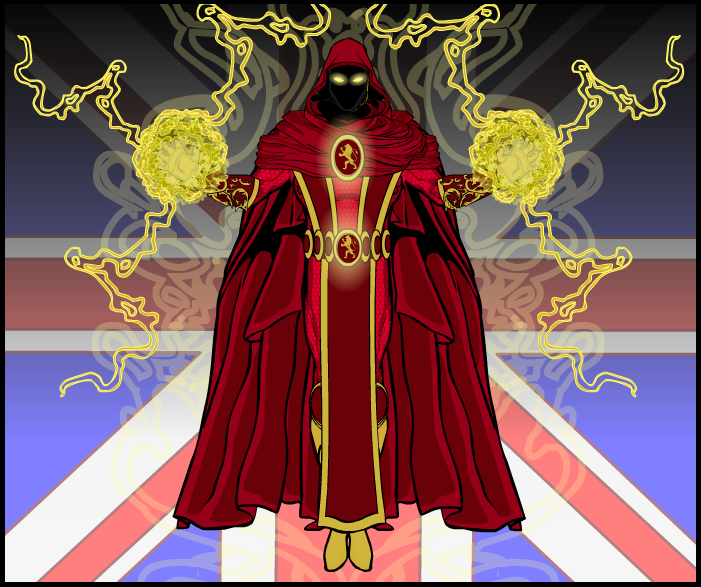 A little about the character:

Britannica is a master of all things mystical, and gets all his powers from magic. As a desendent of Merlin Britannica is the most power human mage of my Super Hero world all on his own, however his cloak ( the clasp really so feel free to redesign as something else ) and belt triple his own natural magical ability and together grant to him the power of flight.

You have no limits on the number of entries for this challenge however you most maintain all the rules for posting characters here most importainly is keeping it within the bounds of a PG-13 rating at worst. All entries most be created using only some version of Heromachine. No photoshopping except for basic cropping, and or a simple basic board around the image as a whole. All entries must be submitted no later then 12 Noon Eastern time on Monday December 23rd.