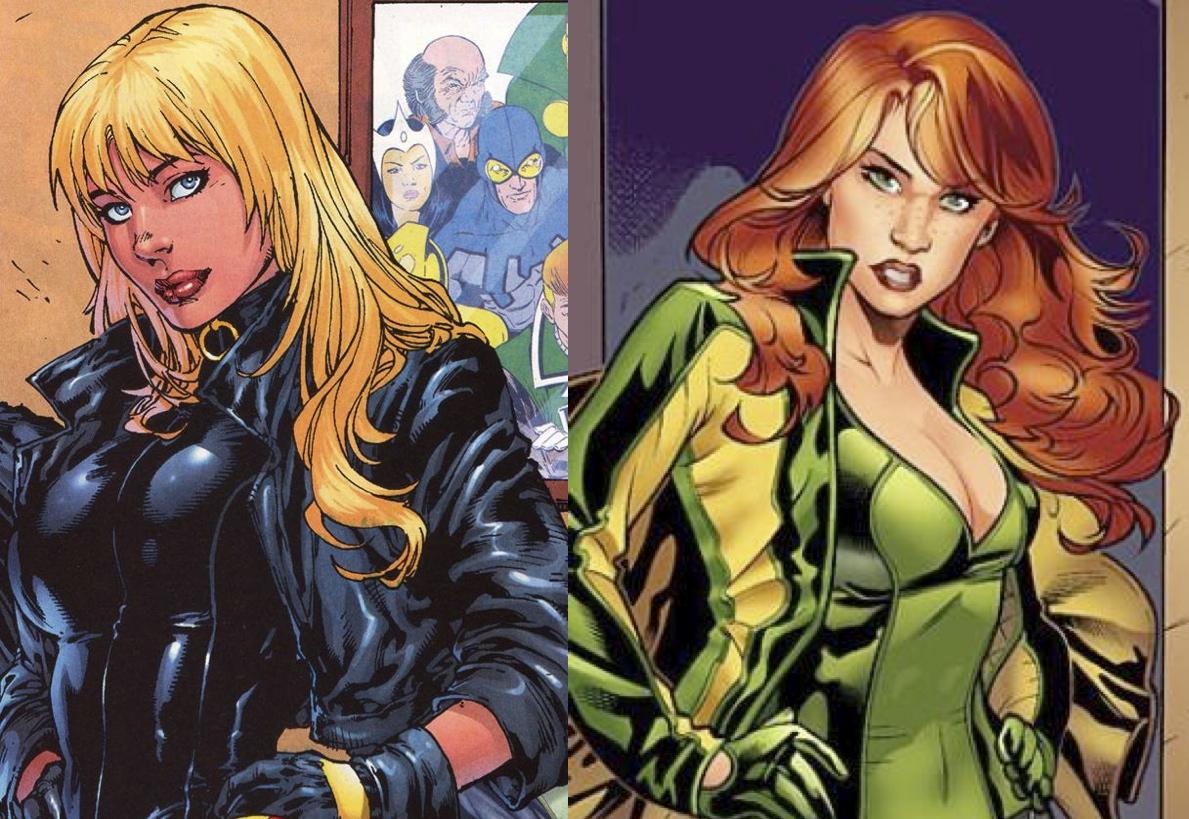 This weeks Poll position will be a classic versus pitting DC Comics's Black Canary against Marvel Comic's Siryn.

Lets take a quick peek at the the powers and skills listed for these two power crooners!

n the Dinah Lance and New 52 versions, Black Canary possesses a "Canary Cry" – a high-pitched,sonic scream which she can deploy to shatter objects and incapacitate her opponents.[25] Analyzing her capabilities, Dr. Mid-Nite found that she can reach ultrasonic frequencies outside the audible spectrum which render human beings unconscious. However, the cry has been shown to be completely useless when Dinah's mouth is covered with a gag, piece of tape, or any other means of forcing her mouth closed. When Canary is close enough she can unleash her cry to literally destroy an opponent but this is an absolute last resort.[26] She has also been able to convert her sonic powers into brainwave form, resulting in the ability to read others' minds.[27]

Dinah states that her Canary Cry is able to inflict serious damage to beings even as durable asWonder Woman (she has used this ability to overpower Giganta, blow Amazo's head off, and managed to overscream Silver Banshee). Moreover, in JLA/JSA: Vice and Virtue it is shown that Dinah is capable of not only creating sonic blasts, but also could generate an ultrasonic attack, which renders everyone within an ear range unconscious; this specific use of the Canary Cry requires the full capacity of Dinah's lungs. Black Canary rarely utilizes her metahuman abilities during fights, preferring to engage in hand-to-hand combat. Lately, Dinah uses the Canary Cry only against considerably more powerful metahuman opponents. Black Canary is one of the very few characters who chooses not to take advantage of their superpowers, preferring physical skill over inborn abilities. During times of extreme stress, Canary has displayed the ability to create sonic vibrations capable of destroying whatever was obstructing her mouth.[28] Black Canary lost the Cry during the Green Arrow series. Although she fought crime without it for several years, she regained it after being immersed in aLazarus Pit during her time with the Birds of Prey. In The New 52, Birds of Prey #10 (2012), Black Canary glides across a gorge by rebounding on sonic waves. She explains that she has been holding back ever since her husband died. In subsequent issues, she is shown using the Canary Cry to propel herself large distances in the air.

Dinah Lance is extremely proficient in the various styles of martial arts, and is among the world's best fighters (in Birds of Prey #125, Oracle suggests that Dinah could outfight even Batman). Moreover, Dinah possesses uncanny reflexes, on many occasions showing the ability to catch or destroy arrows in flight. Dinah is also an expert motorcycle rider.

Siryn is a mutant who possesses sonic powers similar to those of her father, Banshee, although she is able to use her powers in ways that Banshee apparently cannot. Like her father, she has the ability to emit high-decibel "sonic screams" to create various sonic effects with her vocal cords. She can also vary the pitch to deflect projectiles, and she even used it to deflect lasers once.[volume & issue needed]She possesses an enhanced sense of hearing and can use her voice for echolocation to detect objects. While screaming, Siryn is able to fly at the speed of sound. Siryn has especially potent sonic attacks. She can shatter objects; project concussive blasts of sonic force (a "sonic lance"); or cause immediate pain, nausea/vomiting, and unconsciousness. She has shown a degree of resistance to what would be harmful and painful sounds and vibrations to normal humans or mutants without sonic-based powers.[56] She also possesses psionic powers to create a force field that protects her against her own sonic vibrations to assist her ability to fly, and to help direct her sonic powers.

She is vulnerable to losing the ability to use her power effectively by overstraining and overusing her sonic screams or injury to her throat and vocal cords.[57] She also lacks fine control of her abilities when in extreme distress: screaming in pain during her pregnancy, she unwillingly shattered every window in the complex, causing the medical staff to writhe in agony.[58]

Unlike her father, Siryn is able to influence and control other human beings with her sonics, as well as cause them to enter a hypnotic state. Siryn can also cause the intended person to fall in love with her without regard to gender or sexual orientation and carry out her wishes and commands, like mythicalSirens.[59] Siryn once utilized this ability on Spider-Man, forcing him to divulge the truth about theDecimation of the mutants.[60]

In addition, she can also prevent others from hearing external sounds by a certain vocal pitch so that she can secretly deliver messages to them

So there you have it/ So the question is who do you think would win this fight ? Take a moment to vote then leave a comment below to express your opinion on the matter!

Last Week I asked about what theme you would all want to see for the next Friday Night Fights. The result of that poll will be discussed on Friday when I plan on beginning to take entries for said contest.