Back when I first brought back the PUPs, I went through all of the old PUPs to try and see if any of my choices had already been done. Much to my amazement, this weeks Power User had not been done, even though I was sure he had. Maybe he was just too obvious a choice, but either way he is a definite Power User, an excellent creator who specialises in being off the wall in both his creations and, as you will soon see, his comments. So everyone give a big hand for; Delirious Al.

What is the secret origin of that name:  I have a cousin that used to like to make funny movies when we were young and I was a character in one particular movie called “The Invisible Monster that No One Can See!” My part was to simply run around trying to convince people that there was an invisible monster eating people. But no one could see it, so I became known as Delirious AL to the people. Because my name is Alex. And people thought I was delirious. 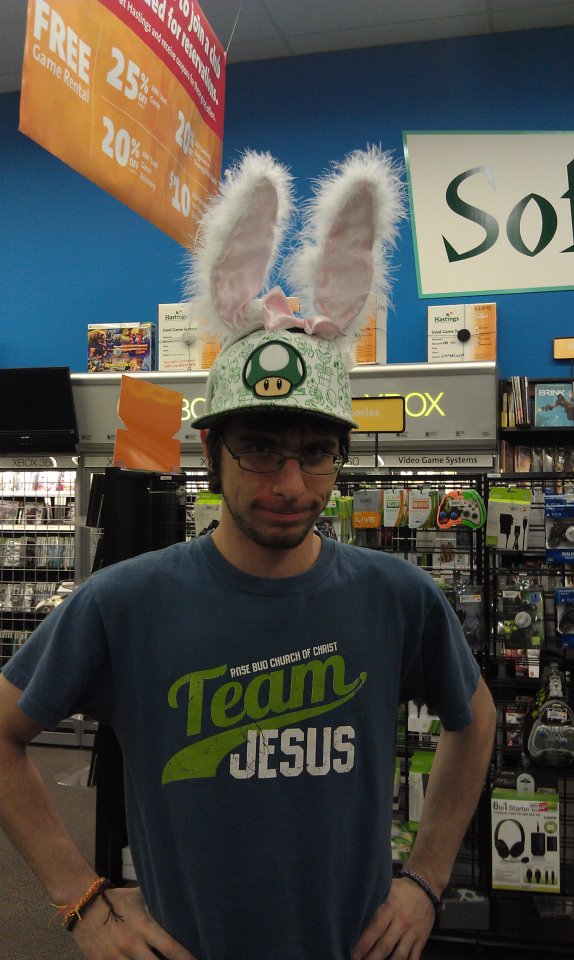 Real name: Alex Something Something!  :O?

Gender:  I’m a real man! *flexes biceps in self-admiration, then realizes that there are no muscles there to flex…*

The best piece of HeroMachine art you’ve created: Pappy is my favorite! Because he’s doing that pose that you just want to hop up and jump into! *bang*bang!* 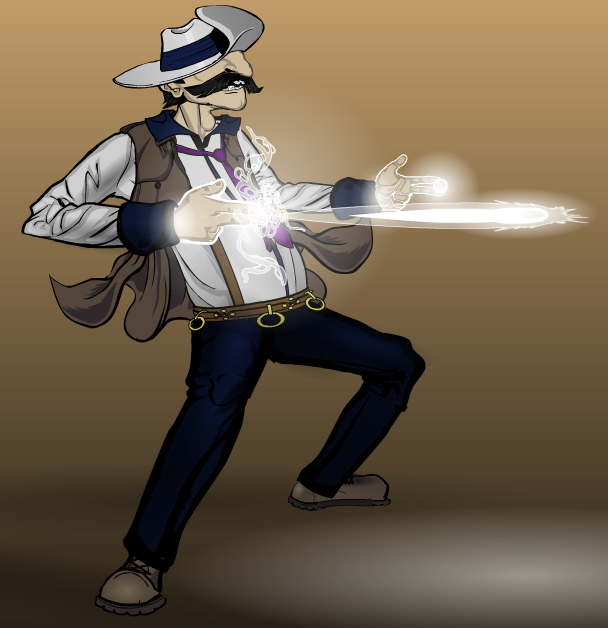 Favorite all-time geeky movie if any:  Super Mario Bros. Because why not. Bibbidy Bobbidy! And anything with Jackie Chan.

Favorite all-time geeky book if any:  I read nearly the entire Redwall series back when I was a wee lad. It was good stuff.

Favorite all-time geeky TV show if any:  Any of the Avatar series (Last Air Bender, Legend of Korra), Sherlock, House, just about anything superhero oriented. And Xiaolin Showdown. JACK SPICER! I really like childish cartoons. Is that bad?

Favorite all-time comic book character if any:  Calvin and Hobbes. And Doctor Doom. Cuz he’s boss. If Calvin became Doctor Doom, that would be quite excellent.

If you could have one super-heroic power in real life, you’d choose:  The ability to emulate cartoon physics.

Character design turn-ons (things you love to see that make for a good design):  Action poses! Characters that are doing something! Shading and blending together of choppy edges! Making a character have depth! Exclamation Points!

Character design turn-offs (things you hate to see that make for a bad design): Too much of one color. Lack of definition. The generic face-front pose.

Best tip for a HeroMachine newbie: When you have so many cool ideas, your first thought is to put them all on one super-dee-duper character, but then it just looks bad. One character can’t do everything; they can’t have all of the best powers and gadgets. Unless you’re Batman, of course. But chances are your character isn’t Batman, so you might have split up the powers among different heroes or villains. And this also allows room for MORE potential characters. But if you want a character to have a superpower or some cool trait, try to, envision them displaying it, then make it happen! 😀  Take a chance make a change, and breeeeaak aaaaawaaaay!

Any personal message you’d like to share with the HeroMachine community about Geek Life:  Life is like a box of chocolates; you eat all of the good ones first, leaving you with all of the less-good ones. Then you eat them too anyway, because it’s chocolate! 😀