When I joined Heromachine and started perusing the forum pages, JR's was one of the first I landed on. Since that time I have been a regular visitor watching this amazing young man's work evolve into the glorious work he is creating today. His singular, angular style, mastery of colour, and the complexity in his detail and shading makes him one of the most original creators on Heromachine . When I read his profile, the thing that surprised me the most was the fact that he is only 20 years old, and while I am impressed with his brilliant artwork and concepts, I must also make mention of the thoughtful and insightful comments and critiques he posts as part of his regular Blog contributions. Congratulations JR...this is long overdue.

What is the secret origin of that name: JR comes from a name I use for music making (‘cause it sounds better than my real name), the numbers are just random. 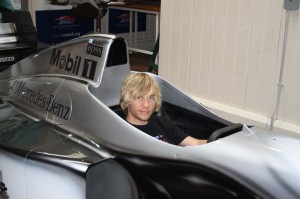 Real city/state/country: Half the year in a village outside Brighton (on the south coast), the other half in Stafford, both in the U.K

Online archive of your creations: All the best are here- http://www.heromachine.com/forum/the-heromachine-art-gallery/jr19759-characters/

A lot of others are here- http://jr19759.deviantart.com/gallery/

The best piece of HeroMachine art you’ve created: That’s a hard one, but I’ll go for this lot.

Favorite all-time geeky movie if any: Toss up between “Paul”, “The Avengers” or “The Dark Knight”

Favorite all-time geeky book if any: “Doctor Who: A History Of The Universe In 100 Objects”, “DC Comics: Year By Year” or “Marvel Chronicle” if we’re talking proper books. If we’re talking graphic novels then “The Sandman- Preludes & Nocturnes”

Favorite all-time geeky TV show if any: Doctor Who or Red Dwarf (I have a hard time deciding on these things, it changes every week)

Favorite all-time comic book character if any: Spidey or Hal Jordan’s Green Lantern (although I have a massive crush on Death from Sandman)

If you could have one super-heroic power in real life, you’d choose: Shape shifting.

In your leisure time you like to: Play music, write/ read comics, be a moderator on the forums.

Character design turn-ons (things you love to see that make for a good design): Well thought out costumes/ visuals.

Character design turn-offs (things you hate to see that make for a bad design): An overcrowded color palette. You can do so much with just three colours, all of the best costumes use four, tops.

Best tip for a HeroMachine newbie: When trying to figure out your own style, look around at others work and don’t be afraid to borrow ideas (it’s called being inspired by someone) or ask them how they did certain things. You might start out badly or ripping someone off but you’ll get there eventually.

Any personal message you’d like to share with the HeroMachine community about Geek Life: Don’t let anyone try to tell you who you should or shouldn’t be and don’t be afraid to be yourself. It may be cliché but it’s true.

This entry was posted in Power User Profiles, Uncategorized. Bookmark the permalink.