Character Of The Week- 20th July

For this week's character of the week we'll take a look at Torog's Brain-Bot-3.0. 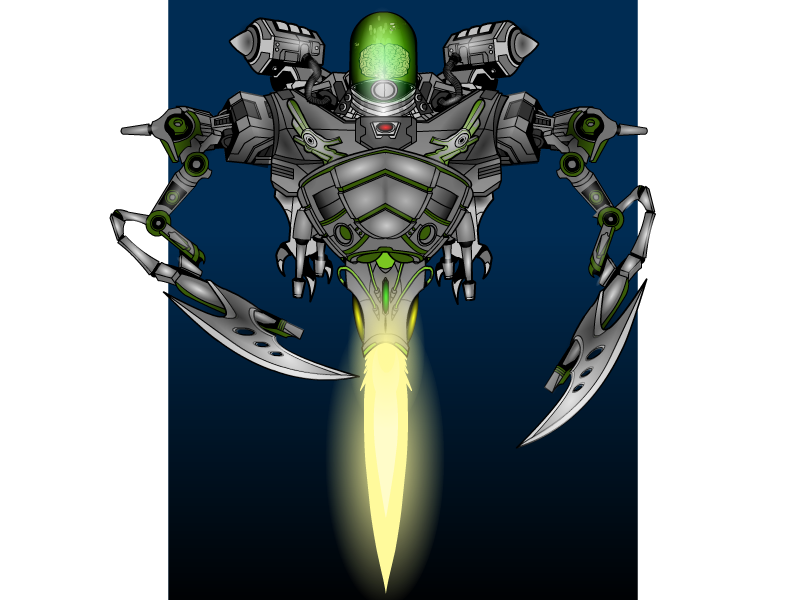 The thing that attracted me to this is the attention to detail used when constructing the subject. This is especially prevalent around the centre of the picture, the rocket mechanism made from the glove and shoulder items. The masking here really works, sometimes masking to join two items together can leave a mismatched line along the join, but here there doesn't appear to be one.

Also, the design is very well thought out, it looks like it could conceivably be used in either a comic or a sci-fi movie. The item choices work well together and nothing seems out of place. There is also a menacing quality to the machine, having no face (the essential part of the anatomy for human interaction, without it there is no emotion, something which is inherently unnerving to us) as well as the large, fearsome looking claws, which, coupled with the non-humanoid body structure, suggests something alien and antagonistic.

The final thing I like about this piece is how it is finished. The colour choices for the body  help the menacing aura, being dark and dingy. This is nicely juxtaposed against the bright and brilliant flame from the booster, although this may have been enhanced if there was some sort of reflective glow on the adjacent bodywork. Finally, the shading is very effective, especially on the claws and head. There are still some bits that could have been shaded where they aren't, but there is a very good contrast between light and dark, especially as the dark seems to be more prevalent on the main body whilst the light is more noticeable on the extremities, such as the head, booster and claws.

This entry was posted in Character of the Week, Things I Like. Bookmark the permalink.

5 Responses to Character Of The Week- 20th July