Logan wants his mask back!!

This weeks victim of the SuperHero fashion police is Image Comics resident Wolverine wanna be Deadlock! 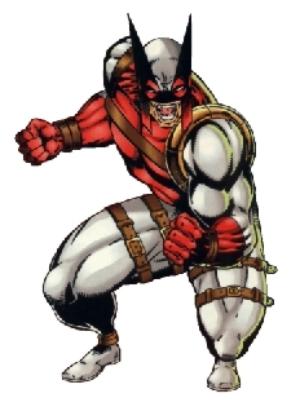 As I said Logan wants his mask back and he is super mad that Deadlock seems to have gotten some bleach on it!!! I know that a fair number of image's character are total rip offs of Marvels work but I have to say I have never been a fan of Wolverine's taste in costumes, and this little number takes all the bad fashion ques from Logan's attire and then makes it worse!!! I am just surprised that his this is from image that the character isn't toting about a huge Gun or sword, and doesn't have spikes or pouches littering his person though he does have move then his fair share of apparently unless straps and buckles!

11 Responses to Logan wants his mask back!!