Posted on November 16, 2012 by mcknight57 | Comments Off on Charlie’s Fundamentals 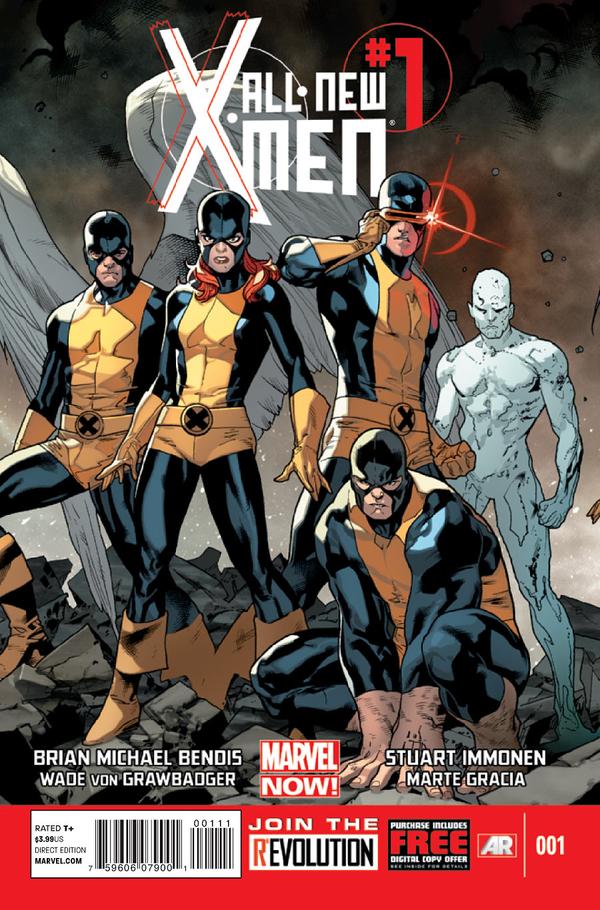 Its hard not to be a fan of the X-Men, as the group (in it's many guises) has been saturated in the media for almost 50 years. I love the original team, though they've had some interesting additions over the years. That's not even considering the giant SNAFU that is the Summers-Grey(Pryor) family tree that stretches through different realities and alternate futures. The original five are the prime example of what the X-Men stand for and Charles Xavier's vision for what his former colleague called Homo superior. The kids that became a family are as iconic as their fearless leader's visor.

Brian Michael Bendis has done a great job with the first issue. We get the full story here as to what is going on. We even see a different side of the current Iceman at the start of the issue. The dialogue and pacing are pretty good, especially the pacing. It's interesting to see how different the characters are from their younger selves. I'm not just talking about the looks of the characters, but also their personalities and how they're handling the Avengers vs X-Men fallout and the loss of Professor Xavier. Bendis has managed to set an amazing tone in this issue, which I'm really hoping will continue long after he's gone. 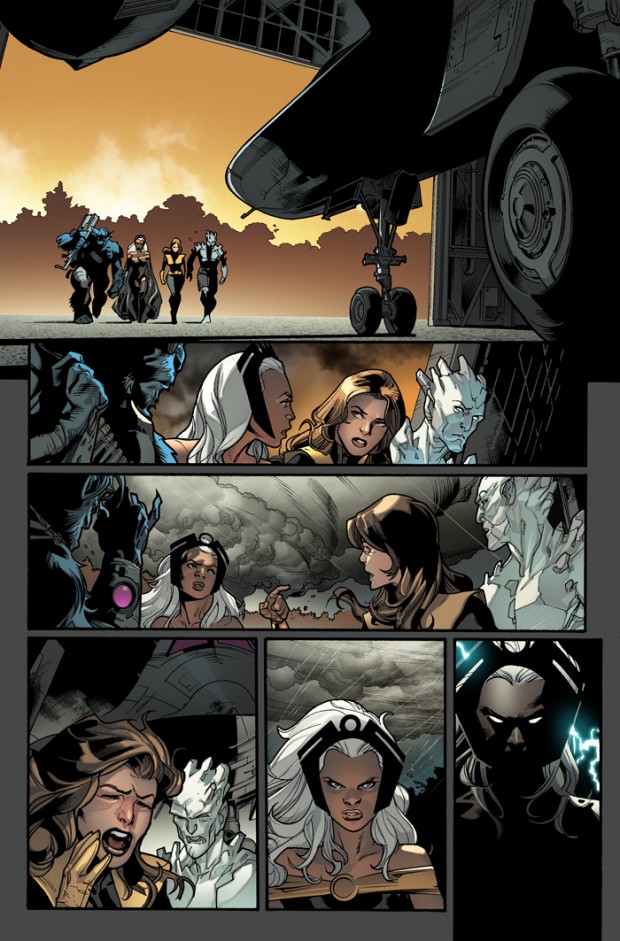 The art by Stuart Immonen and Wade Von Grawbadger is pretty damned good. This stuff is fantastic and blends the two worlds together pretty well. The original team looks better than ever and the current characters look pretty badass. The colors by Marte Garcia are great too, especially the last panel in the image at right. It brings in an almost horror movie effect and really matches the tone of what a lot of readers are thinking and feeling after AvX. The entire issue is filled with page like this that are more emotionally charged. The art team is fantastic in every way. You just don't see this kind of quality artwork anymore. It's a beautiful and refreshing change from the cartoony vibe that we've been getting from a few of the X books in the last year, not including the AvX tie-ins.

I give this issue an "A" partly because it doesn't start with the Back to the Future moment. It presents a story, rather than giving us an instant shock and relying on sensationalism. It gives us a reason to read the entire issue, which I implore you to do.