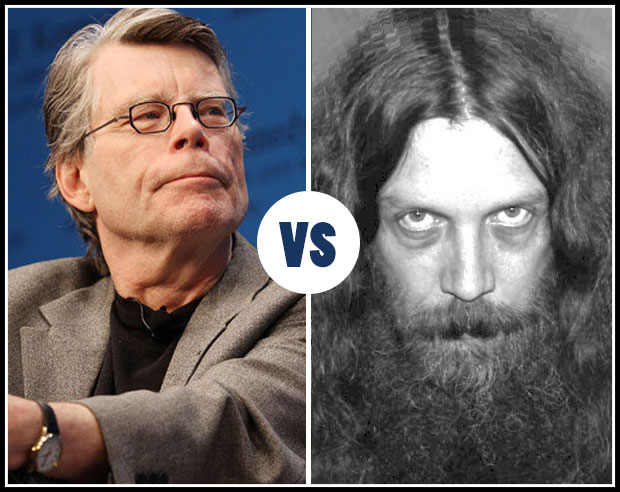 I would bet I am not alone, at least among my United States readers, in desperately looking for a place to avoid politics today. So instead of forcing you to hash out tired arguments about which part is better, I instead offer you the following creative conundrum: Who's a better creator of speculative fiction, Stephen King or Alan Moore?

King is one of the greatest supernatural writers of all time, having sold over 350 million copies of his books. His work has been turned into television productions, movies, and comics. He's won awards from pretty much every writing group out there. You may know him from such works as "The Stand", "The Shining", "Carrie", and many, many more. But he's also moved outside of purely speculative fiction to write such masterpieces as "The Shawshank Redemption" and "Stand By Me".

Alan Moore is best known for writing comics, and arguably is the genre's greatest modern storyteller. He's responsible for stories that have made the leap from the four color page to the world of motion pictures, from "The Watchmen" to "V For Vendetta" to "From Hell" to "The League of Extraordinary Gentlemen". He's controversial, dark, effective, and phenomenally successful.

So which of these two literary titans gets your vote today, and why?

26 Responses to Stephen King vs. Alan Moore: Who's best?