Courtesy of Atomic Yeti, I bring you leaked pics of the updated Robocop suit from the upcoming reboot side by side with the original: 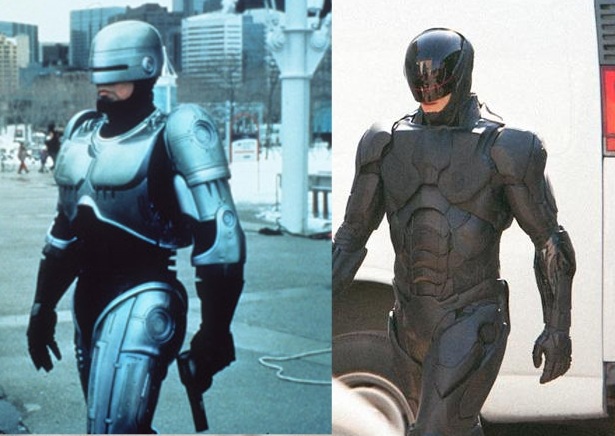 Is it just me, or does it look like they just took off all the chrome parts of the old design and left him in his undersuit? I swear, lines and black leather are the new trunks and spandex when it comes super-hero designs. This may officially be the moment this modern take jumps the shark. The entire Justice League redesign, the Batman movie costumes, all you see are little armor lines everywhere over monochrome. It's done, people. Look, I'll prove it: 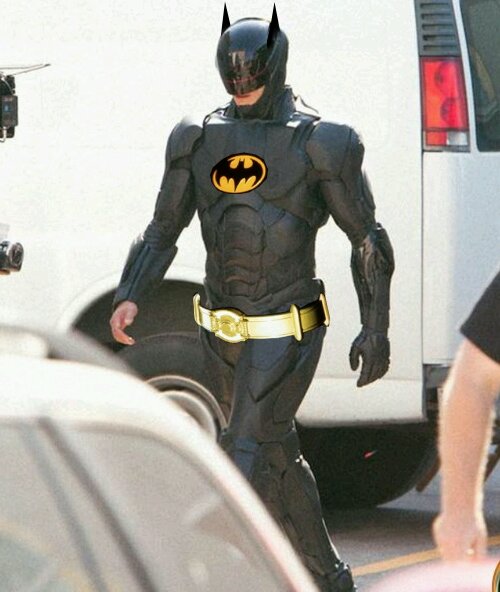 The whole point of the super hero genre is that its characters are iconic. That's why they have giant logos on their chests and dress in primary colors, they're supposed to stand out light bright shining beacons on the hill, inspiring us lesser mortals with their heroism and grandeur. Now they just look like the people the local S.W.A.T. team kicked out for being too weird, interchangeable, generic, faceless urban assault warriors in standard issue Kevlar.

But then, I'm a grumpy old man. What do you all think?