You're Going to Die II 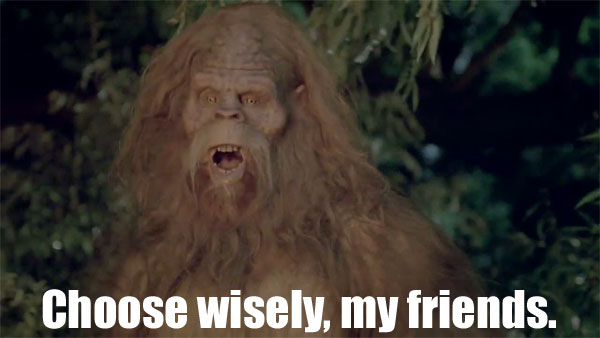 Our self-written Choose Your Own Adventure, "You're Going to Die", advances through the perils of everyday life, my friends! Here's what happend on our initial installment:

You were then challenged to come up with the results of each of those two actions. One had to end in death, and the other in something that would continue the adventure with two additional choices. All of the entries were fantastic, truly. I had a super hard time deciding which to go with, but ultimately I thought Imp had the best combination of writing, the "CYOA Spirit", humor, and possibility for continuing adventure. So here's what happened:

CHECK EMAIL to see if your boss sent any super-long emails you can read to pass the time.
At the top of your email list is the following missive: “Due to repaving of the street bordering the company parking lot, all employees must make alternative parking arrangements this week. Park in the lot at your own risk – damages to vehicles may occur.” Holy crap! You just got your car detailed last weekend! You rush out to the parking lot and see a bunch of guys with jackhammers tearing up the street. Pebbles and rocks are flying all over the place, including into the parking lot. And your car will be right in the line of fire in seconds! You begin to run to your vehicle and are promptly run over and killed instantly by your boss, who’s moving her own car. Your office adventure is, sadly, over.

SEARCH FOR FOOD in the drawer that you haven’t used since you started here 2 years ago.
You open your desk drawer and, underneath a stack of sexual harassment zero-toleration handbooks and porn magazines, find a bag of beef jerky. The brand name is “Jack’s Links” …which doesn’t sound quite right, buy hey, beggars can’t be choosers and you need something to lay down on top of that scary-looking banana you ate earlier. You rip open the bag and dig in. Hey, this stuff isn’t half bad! Kind of an odd color for beef jerky, but it’s really quite delicious. You get through about two thirds of the bag when you pull out a piece that’s got a tattoo of a heart and anchor on it.

A. Scream and run away in horror, or
B. Shrug and continue eating.

So here's how it works, folks. In the comments below, write up each of the possible results. One (your choice) should end in death, while the other should produce a continuation with two possible choices at the end of it.

9 Responses to You're Going to Die II