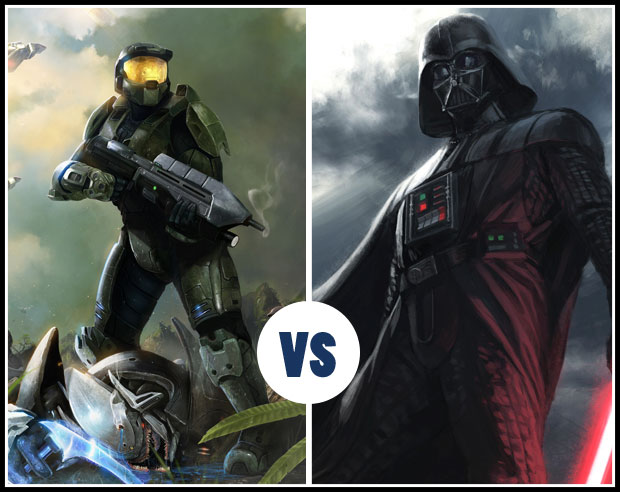 Two teched-up bad-ass guys going man-to-man. Two walk in, one walks out. Who will that one be, and why?

I leave it up to you, intrepid creators! Vote, then lay out your case in the comments as to why everyone ought to agree with you. Aaaaand ... FIGHT!