Just because he was the King doesn't mean Jack Kirby didn't throw out the occasional stinker. And that the stinker wouldn't come back and hit him in the face, like with the original Boomerang: 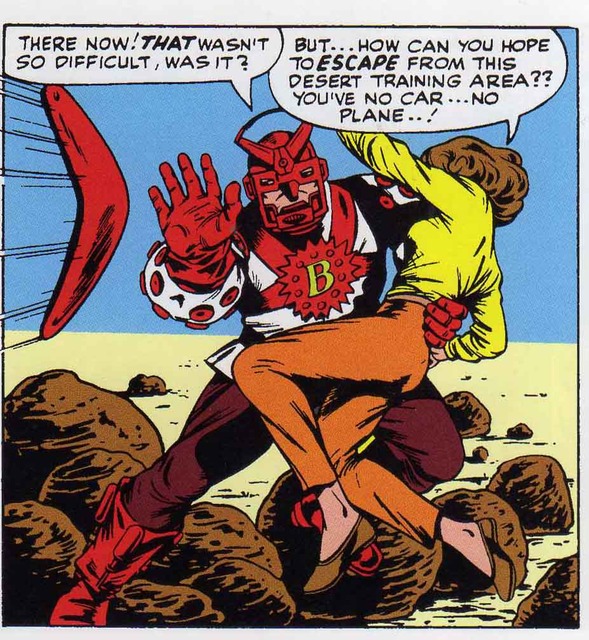 Given the configuration of that helmet, I wouldn't be surprised to learn that this was actually yet another Hank Pym incarnation. But no, a closer look reveals that no tiny insect control technology is present, just a primitive version of a karaoke machine: 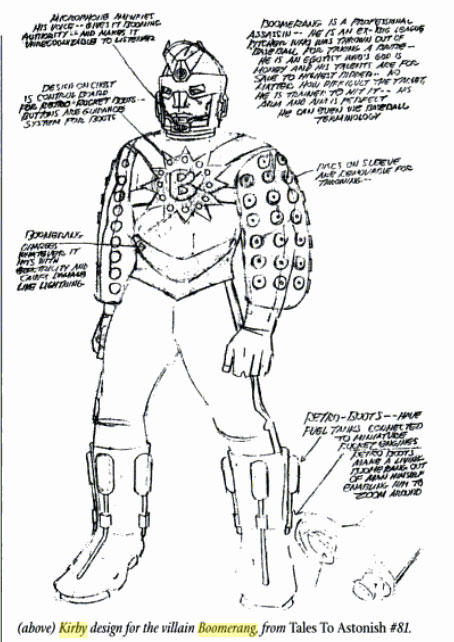 I love that the giant General Mills Cereal logo on his chest is actually the control panel for his rocket boots. I can't imagine what could possibly go wrong with that kind of an arrangement in a fight. "I don't know, Iron Man, I punched him in the chest and the next thing I knew he was launching into the sun!"

You also have to dig the giant puffy sleeves with the throwing discs sewn in. At least, that'w what he wants us to believe, but secretly I think he has a phobia that he'll lose a button on his pants during a battle so he carries dozens of spares.

This isn't entirely Jack Kirby's fault of course. Most of the blame has to fall on whoever thought up the idea of a boomerang-based character in the first place. Did they think guys with bows and arrows were too overpowered in a world with Iron Man level weaponry? I can only imagine the discarded sketches for Atlatl-Man, The Human Marble, and Captain Discus.