My apologies for the late time of this posting. I was in L.A. all morning in meetings, upon whose completion I immediately had to rush to the airport (where there's no free Wi-Fi, those bastards!). I've since been in the air or eating until now, when I finally have a chance to post our Versus poll from the friendly confines of the Denver International Airport. Namely: 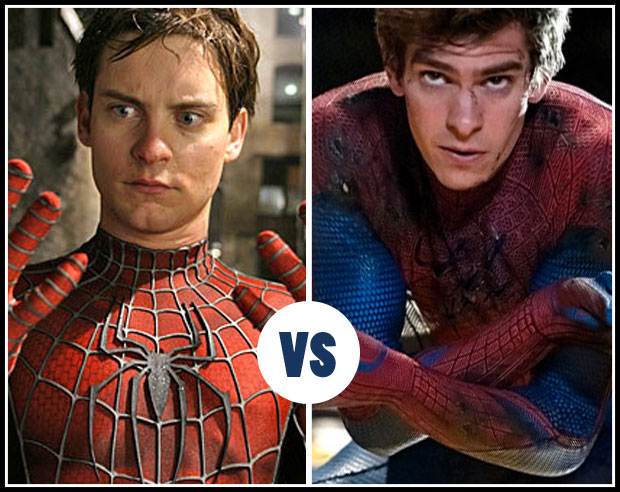 I enjoyed the Batman versus Batman discussion last week, so I went to the well again in light of the recent Spider-Man flick. Also, I ignored my long-standing "no nerd fights on the Internet" rule and got involved in a bit of an imbroglio on a prominent super-hero site about the alleged deficiencies of "The Amazing Spider-Man" and its titular star.

So I turn it over to you, gentle readers, as I duck beneath a hastily-erected barrier sure to be proof against the ravages of Nerd Spittle. Who is the superior Spider-Man, the character portrayed by Tobey Maguire, or the more recent Andrew Garfield?