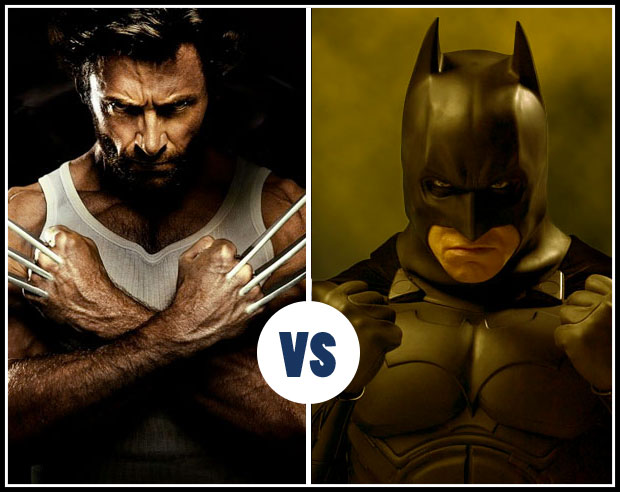 To make it more interesting, I'm going with the movie versions of each, particularly since I think an argument can be made that the X-Men and Nolan Batman series are fundamentally compatible in a way that, for instance, neither is with the world of the Superman films.

So you've got the standard Wolverine ferocity and healing powers against the Batman's strategic superiority and tech base. Both are trained in martial arts and both are deadly fighters. Batman is used to fighting guys with swords, so if he survives the first slice-and-dice that shows his armor to be ineffectual, I think he could adapt and stay away from the sharp ends.

I don't think either character is the combat master they're portrayed as in the comics. With Wolverine, I get the sense that he's more of a Rocky style "takes a licking and keeps on ticking" sort of outlast-them fighter. More of a pugilist than a martial artist. Batman, of course, very much is the martial artist, but does that matter much against a guy who can regenerate?

I see the fight as being either a quick Wolverine victory (his unexpected speed and ferocity, not to mention unstoppable claws, catch Bats before he can prepare), or Batman survives the initial assault and picks him apart over the long term.

What do you think, who would win and why?

48 Responses to Movie Wolverine vs. Movie Batman. Who wins?