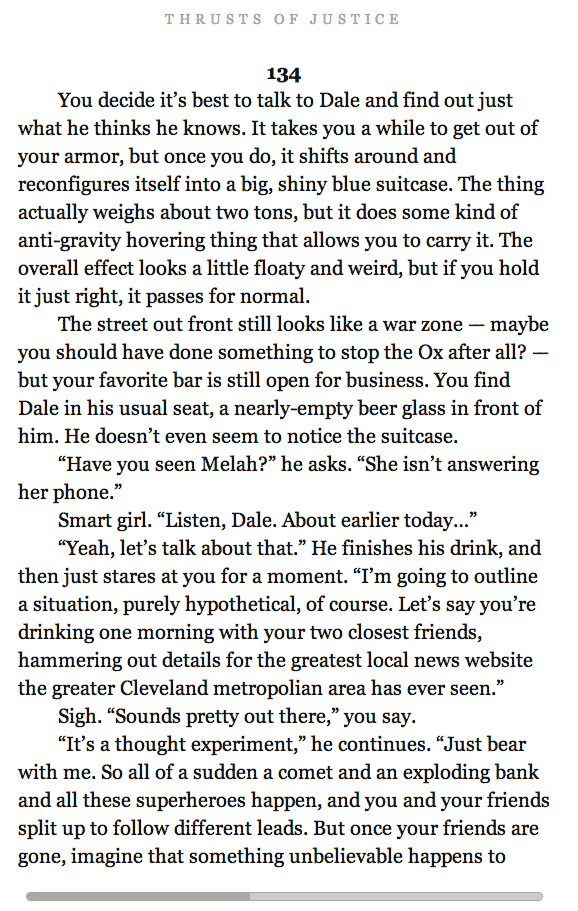 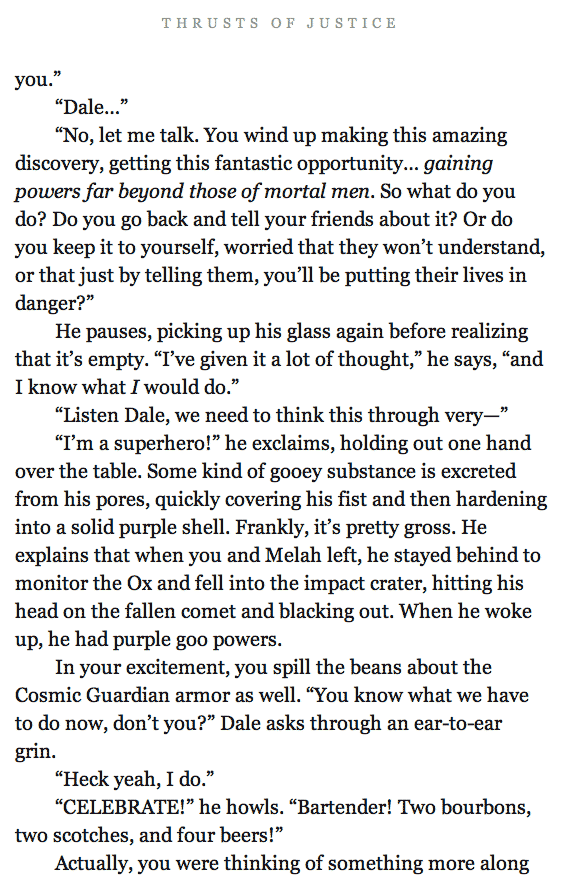 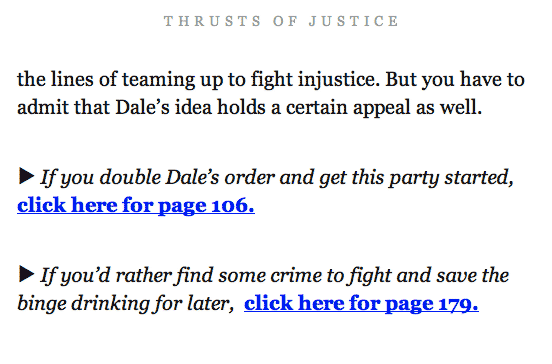 Here's the problem with math. We did the "right thing" by not shooting someone in the face with alien rockets. Surely that's worth at least one drink. But since there are two of us, that doubles the amount of drinks we deserve. Which is now two drinks, so that's four apiece. You can see how the power of fractions and chaos theory quickly mean that we will eventually have to have, like, at least a dozen drinks. And that's a lot.

But this is super-hero stuff, folks, and we have an enormously powerful suit of armor that magically transforms into a briefcase (where was this awesome idea years ago, makers of Transformers? Who wants a robot that transforms into a boring old gun or semi when you could have one that turns into an accountant's attache case!). Surely any alien race advanced enough to develop space travel would be able to invent a suit of armor that instantly sobers you up when worn.

With that unassailable logic, I turn the actual decision over to you all. Do we slug it out on the mean streets against other muscle men in spandex or do we hang out at Applebees and chugalug with our new super buddy?

13 Responses to How best to tie one on?