Thanks to everyone who shared their humor with us in Caption Contest 122! I picked out a dew of my favorite lines of replacement dialog for this comics panel: 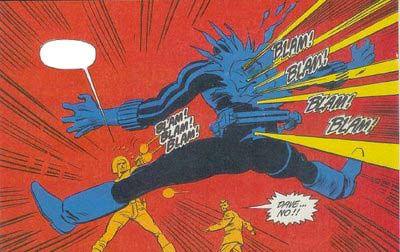 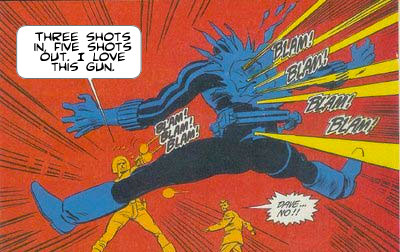 A lot of folks used the odd shot count (3 blams in, 4 blams out, yet 6 bullets exiting ... so I guess the math on the winning entry being off sort of makes sense), but I thought this one was phrased the best.

Congratulations, and thanks again to all who entered!