Frequent contributor Dan suggested that we take a look over the next few weeks at some of the worst moments in Avengers fashion history in honor of the blockbuster movie release. I thought it was a great idea, and where better to begin than the Purple Poltroon, leader of the Worst Dressed Team In Forever (aka the West Coast Avengers), Clint Barton, the one and only Hawkeye!

First, props to the Marvel film department, who in their infinite wisdom dressed Hawkeye this way for the film: 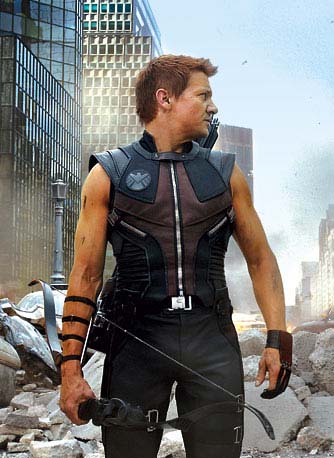 Snazzy, snug, modern, functional. All the things the actual comics costume is not: 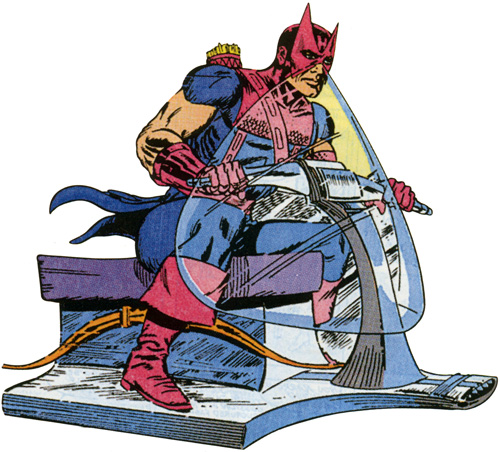 But, dude, seriously -- riding around on a hover-Vespa is not doing your "street cred" any good.

Shockingly, however, this is not the worst Hawkeye has ever looked. Oh my, no. That honor goes to this lovely ensemble, radiant in powder blue: 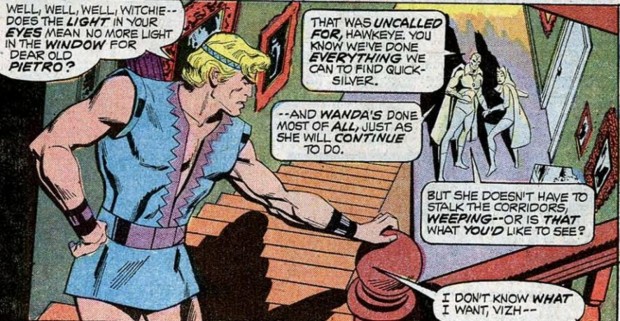 Allow me to fill you in, Clint -- what you want is some pants. Because when you're worried about not being intimidating enough, the first thing you want to do is to trade in your hover Vespa for an Olivia Newton-John inspired sweatband. And the second to last thing is to ditch your britches in favor of running around in a mini-skirt.

(All images and characters © Marvel Entertainment.)