A Fate Worse than Death

Our latest excrescence from the flatulent bowels of the 1990s comes courtesy of mega-publisher DC Comics, featuring a redesign of the immortal warrior for Order, Doctor Fate. He normally looks like this: 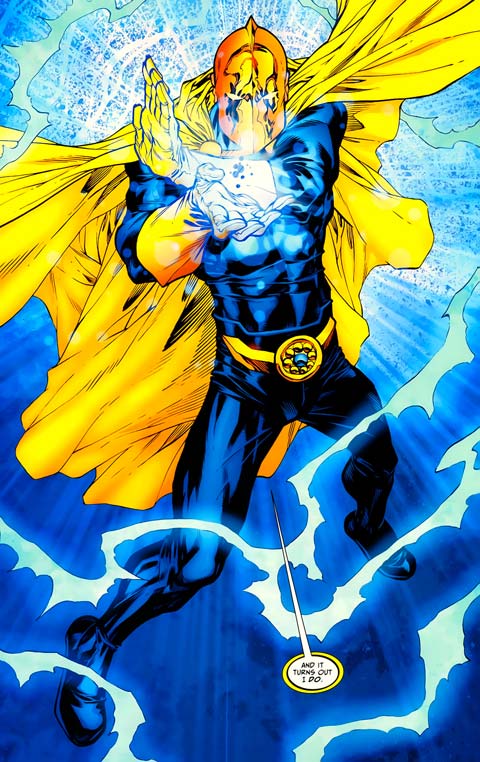 But in their infinite wisdom, DC made him look like this instead: 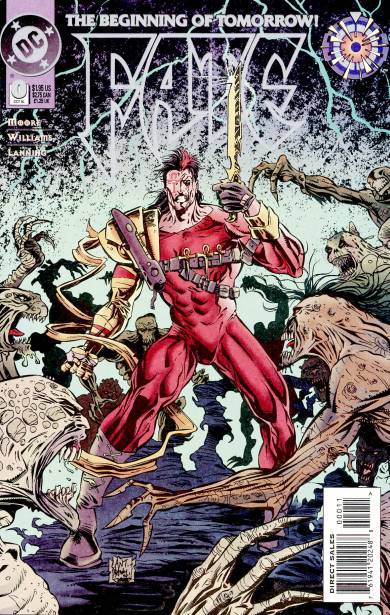 The Doctor Fate helmet is one of the coolest bits of headgear in any comics universe, and yet DC chucked it over the side so they could be more EXTREME. I mean come on, look at the scarring on that face! And the grimace, man, the GRIMACE! You can't see any of that behind a helmet, my man. Argue with THAT.

I love that he's only armored on his right shoulder. Because if there's one vital man-bit you want protected behind a metal shell, it's your shoulder. By all means leave your junk exposed in the tightest fitting spandex you can find, because come on, clearly those slavering hell-beasts would never be so vile as to kick a Fate in his jewels.

Normally belts are worn to hold up pants, but since the new EXTREME Fate (no longer a doctor, apparently, because doctors are square amirite?!) doesn't wear pants (because pants are for squares amirite?!), where better to put pouches than on a belt holding up ... his nipples? I don't know, the point here is that pouches are awesome and even when there's nothing for a belt to hold up, they can hold up pouches, and that's a good reason to wear a belt on your boobs.

The old Doctor Fate used magic, but that's not bloody enough so we have to give him a sword because Wolverine has knives and swords are longer than knives so SWORD! Sadly, he is displaying the classic ineptitude of a magic-user when faced with a weapon, and he's chosen to scabbard it upside down. You'd think after the first few steps when the damn thing kept falling out that he'd flip it over, but that's not extreme enough.

You thought the slavering hell beasts were howling in fear, didn't you? Look again, my friend, because I'm pretty sure they're laughing at the spandex-clad, shoulder-armored, mullet-wielding sword-dropping scar-faced pansy who can't help but grimace in embarrassment at how cruel the fashion fates have been.

(All images and characters © DC Comics. Much to their shame.)

50 Responses to A Fate Worse than Death