To Pontificate or Incarcerate, that is the question

Our little stuffed bunny buddy was last seen in an alley behind the police station with zombie guts in his eye, dithering over whether to get it out OUT OUT or just nut up and head on in to the precinct. Which raises two questions:

After due process and careful deliberation, we in our infinite wisdom have gone the velveteen nut route, screwed up our courage, and bolted for the hard, safe arms of the local constabulary without washing our eyes first. Hopefully our tears of joy when Daddy saves us will wash out the zombie goo sufficiently: 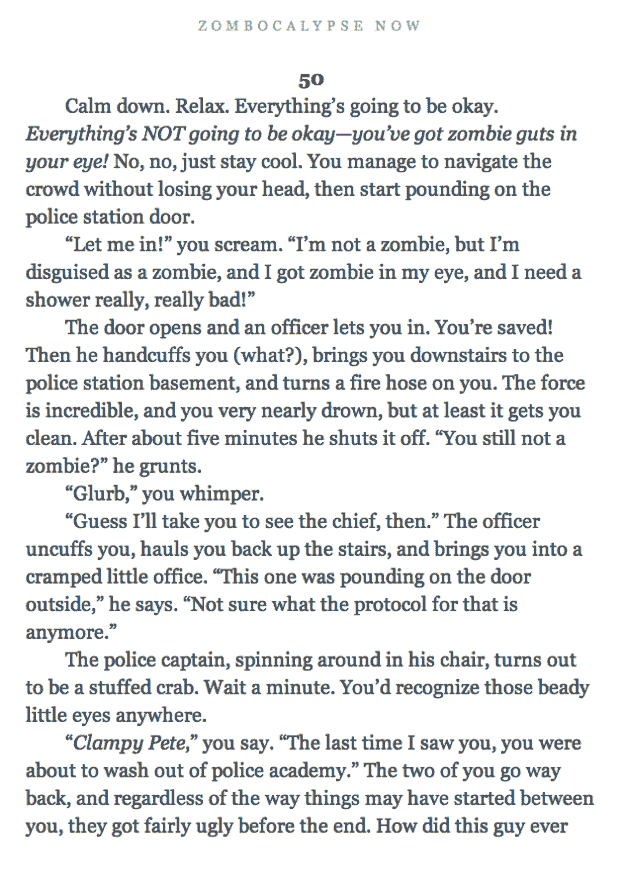 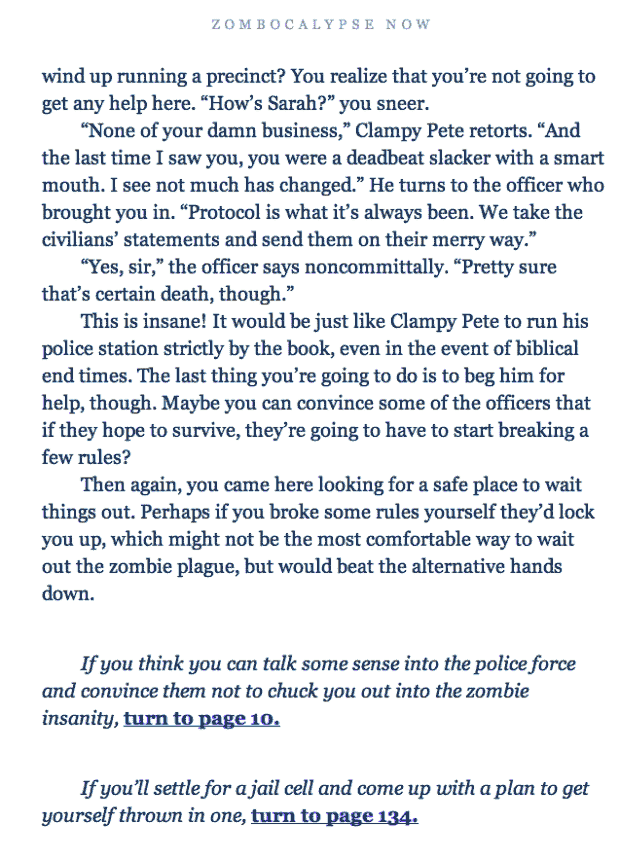 Success! As far as I can tell we have not yet turned into a zombie. Phew! But now, what to do, what to do? I kind of like Clampy Pete, mostly for his name and his no-nonsense attitude. I bet he's really just a huggable ol' bear. Wearing a crab costume. Wait, this just got weird.

Anyway, look, the point is, what do you want to do? Shall we leap upon the stuffed crab's desk and lay on the oratory, or skulk down to the safety of a cell where we can continue our plans? Which, frankly, seem to be largely "Run away". But still, that kind of intellectual heavy lifting needs silence.

So what'll it be, Intrepid Explorers of the Zombocalypse?

This entry was posted in RPG Corner, Zombocalypse Now. Bookmark the permalink.

8 Responses to To Pontificate or Incarcerate, that is the question