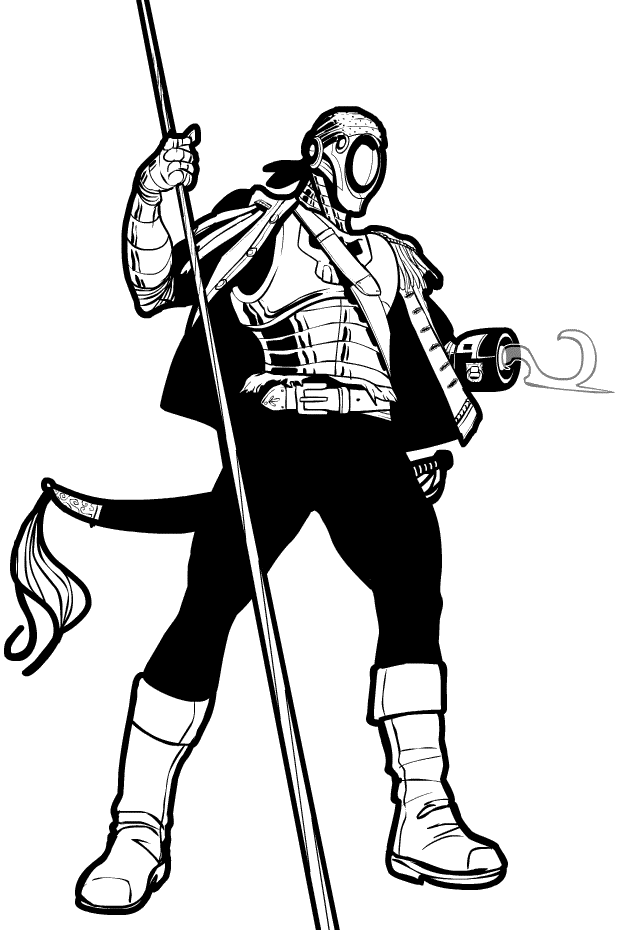 Your character design challenge this week is to make an awesome space pirate! I realized in our last mix-and-match contest that I had neither space nor pirate listed as options and that is clearly unacceptable. So this week we're going to combine them!

No limit on entries this week, so give it your best shot!