Many thanks to everyone who entered the last Pop Quiz, which asked you to make an awesome melee weapon! We had some great submissions, and I wanted you to have the chance to see them all for yourself. So without further ado, here they are:

I think all of these have something special to recommend them, which made choosing a winner tough. But four in particular stood out to me for not only being neat looking weapons, but for suggesting that there was some sort of special story to them as well. Those four were Myro's "Doomhammer X9", dblade's "Hellreaver", Gene's "The Feeder", and Marquis Samedi's "Gauntlet".

After much dithering, I have decided to award the overall winning prize to ... Myro! 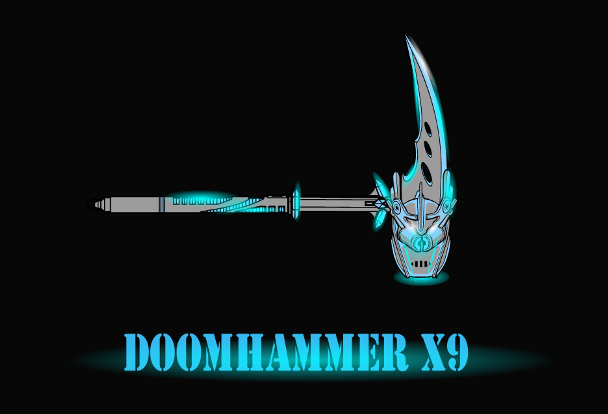 I like the clean simplicity of it that becomes increasingly complex the more you look at it. The glows are cool, too, and I like the way it presents against the black background. Plus I can see how someone would actually wield it in battle, always a bonus.