Godzilla vs. Aliens. Who wins? 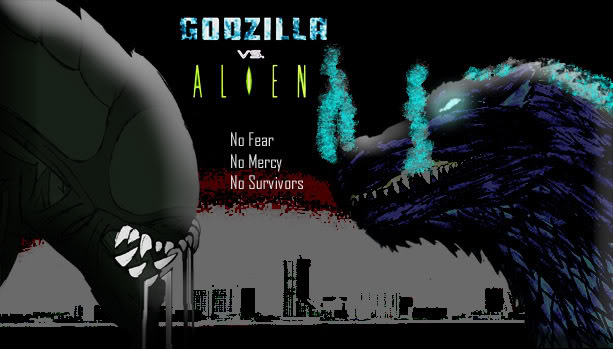 One has atomic laser breath, huge size, and thick armored skin. The other has acidic saliva and a penchant for impregnating any living thing with its progeny. Can you imagine a Godzilla Xenomorph? Get Hollywood on the line, stat!

Obviously, part of this fight has to depend on numbers. If it's one alien versus Godzilla, then the alien loses. If we're talking a host of aliens swarming through the city then it might be more dicey. Since their saliva can cut through the most advanced metals future humanity has devised, I wouldn't be surprised if it also could harm Godzilla.

On the other hand, atomic laser breath.

So which is it, HeroMachine Nation? Who would win an epic battle between these two horror movie staples?

41 Responses to Godzilla vs. Aliens. Who wins?